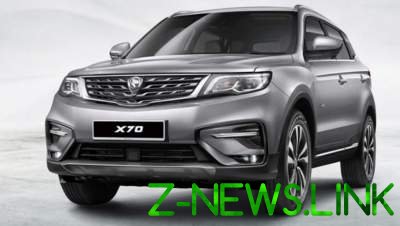 Sales of crossover Proton X70 – a rare case, when the automaker had underestimated the potential of his new “child”.

The demand for it exceeded the expectations of developers at least twice.

The first commercial instances of crossover X70 brand Proton, which is owned by Chinese company Geely, fell into the hands of buyers at the end of December 2018.

See also:  Katya Buzhinskaya showed what it looks like in a bikini

According to media reports, the demand for Proton X70 turned out to be two times higher than expected by the manufacturer.

Geely Atlas crossover Proton X70 features a new radiator grille and brand logo located on the fifth door. At the wheel of such a car is on the right, and under its hood lies a 1.8-litre turbo engine, 181 HP

See also:  In Germany found the fossil of a unique, highly surprised scientists

In a couple of his offer “mechanics” or “automatic” on the six steps. Base versions get front-wheel drive, but for a fee you can purchase a four-wheel drive cross-country.