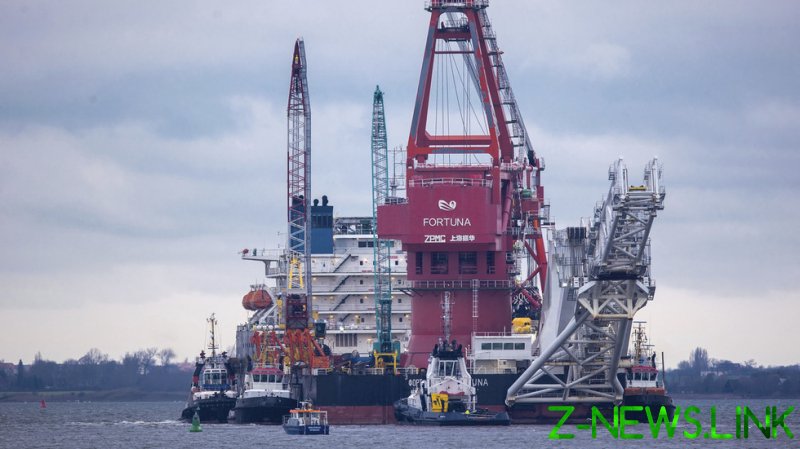 Despite agreement from the Russian and German governments that the project must be completed, the company fears that it could eventually be derailed. As a partially public company, it is required to let its investors know about future risks.

On Monday, the White House informed Berlin that it would be imposing measures based on the CAATSA law (Countering America’s Adversaries Through Sanctions Act), legislation which has previously been used to target numerous Russian officials and businessmen.

Nord Stream 2 is an offshore gas pipeline designed to link Russia and Germany, in order to provide Central Europe with a cheaper source of energy. Due to be launched in mid-2020, construction has been held back repeatedly by Washington’s sanctions. According to the US, Nord Stream 2 would “undermine Europe’s overall energy security and stability.” However, some have accused the Americans of opposing the pipeline for economic reasons, as the country looks to increase its exports of Liquified Natural Gas (LNG) to the continent. To date, 94 percent of the pipeline has been finished.

On Sunday, Nord Stream 2 was dealt another blow when the Zurich Insurance Group opted to sever its ties for fear of sanctions. It followed a similar move by Norwegian certifier Det Norske Veritas-Germanischer Lloyd, which pulled out of the project in November.

According to reports, the sanctions are not directly aimed at any particular German companies but will punish those that do business with ‘Fortuna’ and its owner, KVT-RUS. For example, this could include a port providing services or an insurer.

Throughout his presidency, Donald Trump has repeatedly targeted the pipeline. With Joe Biden due to be installed as his successor on Wednesday, both Moscow and Berlin will be hoping for a more cooperative partner.