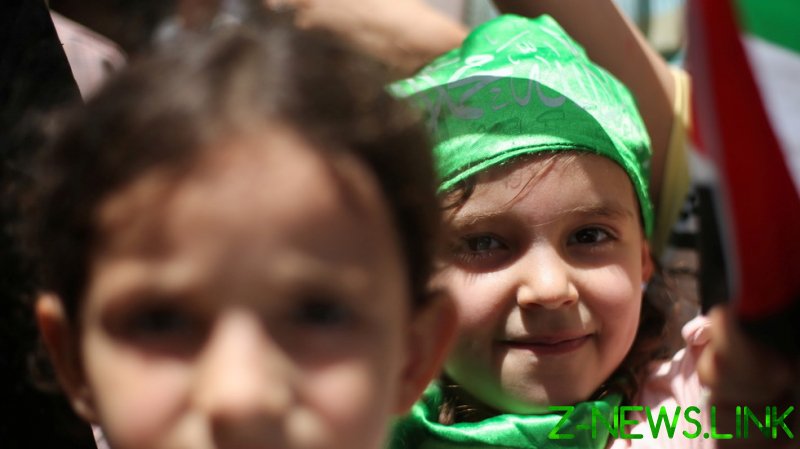 “Frank, pray for our poor Palestine.” A sorrowful message from Gaza. Friend Ahmad tells me of the hardships, no, the horrors of his family’s life under a constant hail of Israeli bombs and missiles. Ali, his youngest child, shakes with a mixture of fear and fury. “Al-Yahud will get you!” an uncle teases him when he is naughty. A sensitive and impressionable child, Ali runs to tell his dad: “Why should they want to kill me? I am only a little boy…”

I befriended Ahmad several years ago in Cairo. He was training as a dentist. An impecunious student, I treated him to meals at al-Fishawi restaurant, near the main bazaar, while trying to practice my rudimentary Arabic. We chatted about the Middle East and the world’s problems. Naturally, he disliked the Israelis but also admired their cleverness: “Al-Yahud are so very smart,” he’d repeat, “Look at the way they got America to feed off their hand!” But I never heard Ahmad utter words of real hatred for his people’s oppressors. Not in his nature, I guess. He later returned to Gaza to start his practice. Until I got his recent texts I thought he had forgotten me.

Little Ali has seen his neighbours’ homes ruined or flattened by deathly fire from the sky and his schoolmates made homeless – many killed or wounded. “He now hates all al-Yahud,” says his father. “And so do all the kids here.” They now hate the Israelis with infinite hatred. Ahmad, though a good Muslim and a proud Palestinian, doesn’t feel that is a good thing: “It is terrible when a child grows up with that kind of venom in his heart. What can we do?” Albert Camus believed that every person can access a zone of influence, good or bad. It is a matter of activating the good part, to stop the bloodshed, but that wouldn’t be realistic in Gaza under the ferocious IDF onslaught. Fighting back is the only option.

The father of Hannibal, the famous Carthaginian general and statesman, had brought him up from infancy to hate the Roman race. Hannibal won epic battles against his enemies and got as far as the gates of Rome, but fate was not on his side. He let victory slip through his fingers and eventually Scipio crushed him at Zama, in what is now Tunisia. He spent the rest of his life as a desperate, wandering exile. To avoid capture by the vengeful Romans, he committed suicide. For Hannibal, the unfortunate hero, hatred did not pay off.

A sage wrote that the suffering of innocent children is an argument against God. That is possible but not in this case. It isn’t the Divinity who is unleashing drones and missiles on the Gaza kids. It is a power that is human, all too human – the Israeli Army. It is not God who is morally or spiritually responsible. It is human beings. The Israeli military have a choice not to do this evil but choose to do it. Let us be fair to the Creator and not impute to him a wickedness which is essentially human.

This is not a Manichean point. To paraphrase Gertrude Stein, “a child is a child is a child is a child.” Ordinary Israelis are human, let’s never forget that. Their kids are vulnerable and can suffer too. However, to date in this latest conflict, 61 Palestinian children have been killed by IDF strikes, and many more wounded. I have also read of two Israeli children being killed by Hamas rockets. One single dead child is too many, of course. Still, the balance appears chillingly disproportionate.

Gaza’s children have been targeted before, in subtler, perhaps more cruel ways than bombs. Back in 2010, IDF commandos took over boats of a flotilla meant to deliver humanitarian aid to the blockaded city. Israel demanded that the ships be taken to port and searched for banned goods. The flotilla’s cargo included kids’ toys, jam, chocolate and dried fruits. Were the Israelis afraid they could be turned into Kassam rockets? It was collective punishment and one of the meanest sorts. Because it was aimed at innocent children. To stop them from enjoying themselves like children anywhere do. What could be nastier than that? I remember dreaming at the time that Israeli kids would feel compassion and send gifts of toys to their Palestinian counterparts. It would have been wonderful! Vain hope, alas.

The Greek philosopher Empedocles conceived of reality as governed by two fundamental forces, Love and Strife. The elements of the cosmos are combined or united by Love and separated or fragmented by Strife, also called Hatred. The two principles war against each other. Love sometimes reigns supreme, until Hatred proves stronger. In the Golden Age, Love is completely triumphant, then Hatred hits back and conquers. The battle is everlasting.

Looking at the Holy Land, it seems that the forces of darkest hatred are in the ascendant. Love doesn’t give up so easily, though. My dear little Ali, you and the suffering children of Palestine, don’t despair. I promise you, in the end Love shall overcome!