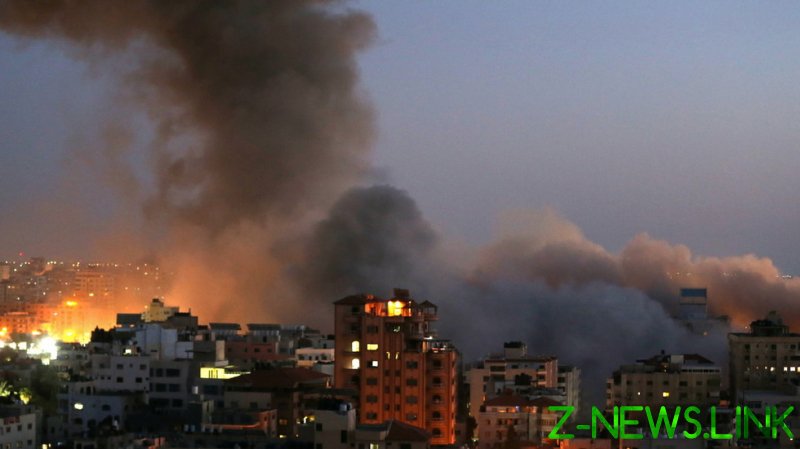 In online footage purporting to show the destruction of the residential block, explosions could be seen before large plumes of black smoke rose up and the tower collapsed.

The Jewish Press reported that two “dummy missiles” had been fired at the Hanadi Tower in Gaza City at around 7:30pm local time in an apparent warning of an incoming strike.

The newspaper also claimed those inside the building had received text message warnings from the Israel Defense Forces to evacuate.

The Alquds Alarabi newspaper reported that nearby houses had been damaged by the blasts. There have been no reports of casualties.

In recent weeks, tensions between Israelis and Palestinians have grown over the eviction of Palestinian families in East Jerusalem, but the situation descended into major violence on Monday, when Hamas fired rockets from Gaza towards Israel.

The Israeli military then conducted several airstrikes against alleged Hamas targets across Gaza.

The Palestinian Health Ministry has reported 28 deaths, including of 10 children, and 152 people as having been injured, since the outbreak of violence began this week.

Israeli media has said two women were killed by rocket fire in the southern city of Ashkelon.