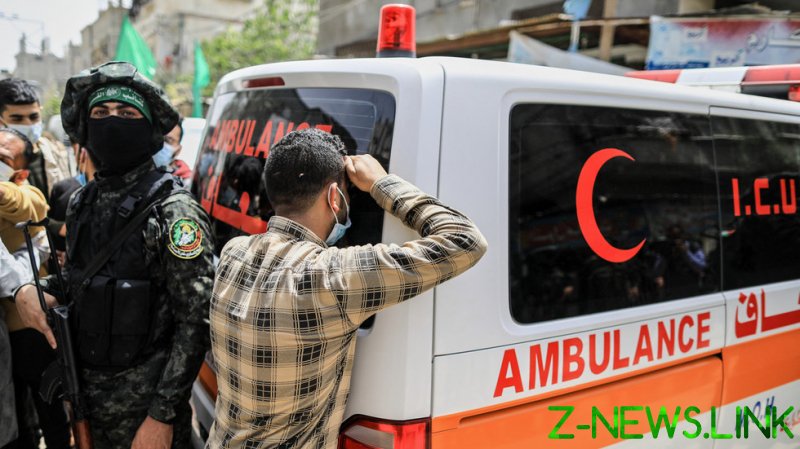 Several injured people were also treated at the Beit Hanoun Hospital in the north of Gaza, the ministry said in a statement on Monday.

An Israeli citizen was also injured by an anti-tank missile fired from Gaza and was taken to hospital for treatment, the Israeli Defense Forces said.

Earlier, Hamas claimed responsibility for Monday’s rocket attacks on Jerusalem in what they claimed was a response to Israeli violence, including the eviction of Palestinian families and clashes at the Al-Aqsa Mosque.

The Israeli Air Force said seven rockets had been fired from Gaza towards Israel, one of which was intercepted.

Israeli forces then launched air strikes at apparent Hamas targets in Gaza, according to Haaretz.

A spokesperson for the IDF told reporters that the military holds Hamas responsible for the attacks from Gaza, describing the rocket fire as a “severe assault on Israel” which “will not go unanswered.”