Home / WORLD / Gaza has suffered the longest, most barbaric, lockdown in the world – I know, because I lived through three years of it 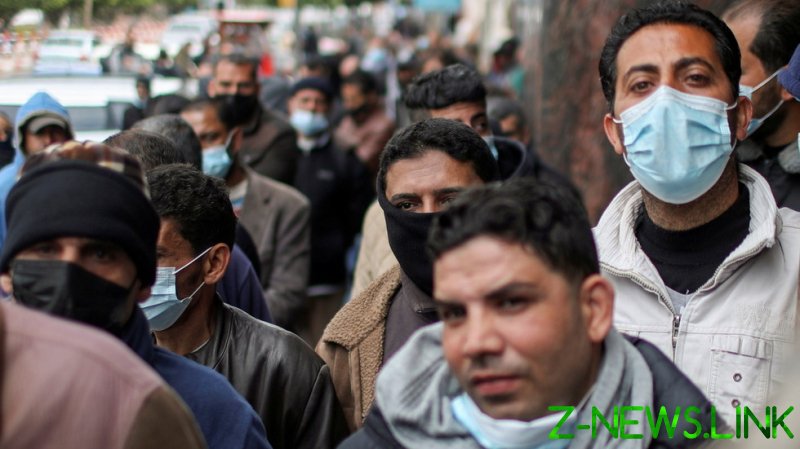 “We’re all Palestinians now,” some say, as people around the world are under Covid-19 lockdown and rendered jobless. While the reference is apt, Palestinians in Gaza have been under the most severe lockdown in the world for 14 long years.

As 2021 has gone on, it has become increasingly clear that lockdowns are affecting people around the world in painful and deadly ways beyond the already awful effects of slashed incomes and isolation.

So imagine life where the lockdown isn’t for a period of weeks or months, but throughout the year, every year, with no end in sight, making life utterly unlivable.

That is life in the Gaza Strip, which although only 40 km long and 365 square km in size, is appropriately dubbed the world’s largest open-air prison.

And while there is absolutely no just reason for Israel’s imprisonment of two million people, it continues, year after year, in violation of Israel’s legal obligations under international law, as the United Nations Relief and Works Agency for Palestine Refugees (UNRWA) notes.

It is collective punishment. As the UN reminded: “No protected person may be punished for an offence he or she has not personally committed. Collective penalties and likewise all measures of intimidation or of terrorism are prohibited.”

It was already unlivable when I first set foot in Gaza in November 2008. From then until March 2013, I lived a cumulative three years (and two wars) there, the latter half of that time in the humble home of a Palestinian family in central Gaza.

The power was out for 20-22 hours daily, mostly a result of the 2006 Israeli bombing of Gaza’s power plant, which was never fully reconstructed, thanks to the blockade that prevents the import of much-needed materials.

Picture a functioning hospital with dialysis machines, working ICUs, etc. Now imagine it with limited or no electricity, for 14 years, and after three wars. That’s Gaza.

And every year, due to the Israeli restrictions on imports, Gaza has less than a month’s supply of essential medicines (48 percent in 2019; 42 percent in January 2021). In December 2019, for example, 58 percent of chemotherapy drugs and 41 percent of kidney dialysis medicines were at zero stock.

Exports have ground to a trickle. Formerly, Palestinians used to export not only the succulent strawberries grown in Gaza’s north but also many other goods including furniture, clothing, food products.

Imports are even more severely limited. When I arrived in 2008, only between 30-40 items (vs 4,000 before) were permitted entry to Gaza’s merchants.

As was, of course, building materials, desperately needed in Gaza as the population grew, and to rebuild destroyed homes, businesses and infrastructure.

Banning the entry of seeds and livestock seems like an attack on Palestinians’ food sources, deliberately causing starvation.

Indeed, at the time, near-starvation, according to the Gisha Legal Centre for Freedom of Movement, was the plan: “The security establishment had calculated the number of calories consumed by Gaza residents and used it to establish a ‘humanitarian minimum’, a bottom line to which it was possible to reduce food supply to Gaza without causing hunger or malnutrition…”

Not quite dying of hunger, as the special adviser to numerous Israeli prime ministers, Dov Weissglass, said in 2006:

“The idea is to put the Palestinians on a diet, but not to make them die of hunger.”

As of November 2020, Israel continues strictly restricting imports to Gaza. The UN’s Relief Web noted: “The Israeli authorities officially list 62 items as “dual-use items” which include hundreds of goods and basic materials. The items on the “dual-use goods” list are essential to the life of the population…”

Israel also puts Palestinians “on a diet” by firing on and abducting farmers and fishers, destroying wells and cisterns, destroying or stealing fishing boats and burning or spraying chemicals on farmland.

During my time in Gaza, I documented Israeli live machine gun and sniper fire, routinely coming under fire myself, including for extended periods.

Were Israeli soldiers targeting ‘terrorists’?  No, these were farm labourers and families, including the elderly and women. None posing any threat to Israel.

Israeli soldiers also target labourers and children collecting rubble and metal from demolished or bombed homes, transporting it, usually on donkey carts, to places where it can be sold for re-use in construction.

Israel maintains its gunning down of farmers and labourers is about ‘security,’ and has long ago imposed a ‘buffer zone’ on the Gaza side, supposedly 300 metres from the fence. But in my own experience with farmers on land 500 metres or more from the fence, Israeli soldiers still shoot to maim and kill.

Like the 20-year old deaf farmer I accompanied one February 2009 morning. As he and other labourers pushed their stalled pick-up truck, Israeli soldiers began sniping, shooting around me and hitting him in his ankle.

A few weeks prior, an Israeli soldier had shot the man’s cousin in the neck, killing him. An extended family of 16 people depended on the meagre income of these young farm labourers.

Or the 17-year old girl an Israeli soldier shot in the knee when, a month after the 2008/2009 war ended, she returned to her southeastern Gaza destroyed home to see what remained. This was 800 metres from the fence.

Or the 20-year old farm labourer shot in his chest while working on land beyond the ‘buffer zone’. The 16-year old working beside him died from the bullets to his chest.

Or the youth left paralyzed after being shot by an Israeli soldier. His crime? Sitting outside the home of an aunt he was visiting.

The ‘buffer zone’ robs Palestinians of a third of Gaza’s agricultural land – the best and most fertile bits. Decades and Israeli bulldozers prior, this same area was rich in olive, nut and fruit trees, and a variety of grain, legumes and vegetable crops.

Nowadays, if Palestinians are lucky, they can plant low maintenance crops, hoping they don’t get burned, or bulldozed before harvesting, testimonies of which I’ve taken time and time again, and have witnessed while it happened.

A 2020 UN report noted that at the time Gaza’s fishers were allowed to access water eight nautical miles off the coast (less than half the 20-mile distance agreed on under the Oslo Accords).

However, from my experience working with fishers when the limit was just six miles, Israeli gunboats would target them even less than one mile off the coast, machine-gunning, shelling, water-cannoning or kidnapping the fishers and boats.

As a special bonus, the Israeli navy often adds a chemical to the spray which leaves the soaked victims stinking of excrement for days.

When travelling from central or southern Gaza on the coastal road, the shared taxi I was in would pass through Wadi Gaza, a slight valley which at times was overwhelmed by the stench of up to 90 million litres of raw and partially-treated sewage daily draining into the sea.

Because Gaza cannot treat its sewage and is not allowed to import materials needed to maintain or improve its sewage holding tanks, the only solution is dumping it into the sea. Otherwise, the sewage holding pools overflow into residential areas.

Less dramatic but still terrible, heavy rains combine with the sewage to flood streets, leaving people to wade through the foul water, and damaging homes of people that have neither the money nor means to rebuild.

When, in December 2013, massive flooding and sewage overflow ruined 400 homes, a UNRWA spokesperson said: “Any normal community would struggle to recover from this disaster. But a community that has been subjected to one of the longest blockades in human history, whose public health system has been destroyed and where the risk of disease was already rife, must be freed from these man made constraints to deal with the impact of a natural calamity such as this.”

That was over seven years ago, and nothing has changed.

Protesting against the lockdown of Gaza, the “Great March of Return” from March 2018 to the end of 2019 saw 214 Palestinians killed by Israel, including 46 children, with 36,100 injured, including nearly 8,800 children, according to the UN.

Imagine the headlines were this in Russia or Syria.

As of January, the Rafah Crossing (the sole crossing controlled by Egypt, not Israel) remained closed. Over 7,000 Palestinians are registered to exit Gaza, and thousands are waiting to enter, the UN reported.

According to the UN, Gaza now gets 14 hours of power a day, the one improvement I’m aware of since my time living there.

The rest – the targeting farmers and fishers, the random Israeli bombings and psychological warfare, and most notably, the blockade – remains as per the many previous years.

Indeed, according to a March 3 statement by UNRWA’s Gaza director, conditions in Gaza have only gotten worse.

Conditions have become so bad that “the well-known definition of extreme or absolute poverty is no longer suitable, most of the Palestinian refugees in Gaza need help.”

Those under Covid-19 lockdowns now have experienced a mere fraction of what Palestinians in Gaza have endured for so long. I would hope that, as a result, more people might be moved to demand Israel end its 14-year lockdown of Gaza.