Home / WORLD / Gas stations run dry and motorists queue for fuel in US, as ransomware attack on pipeline leads to shortages (VIDEOS)

Gas stations run dry and motorists queue for fuel in US, as ransomware attack on pipeline leads to shortages (VIDEOS) 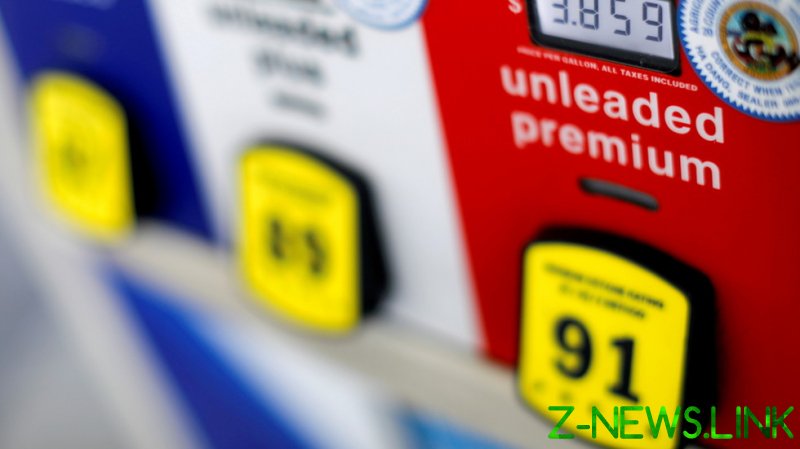 A ransomware attack on Friday shut down a 5,500-mile gasoline and diesel pipeline that supplies nearly half of the fuel supply of the entire US East Coast. Operated by the Colonial Pipeline Company, the vital fuel artery normally transits 100 million gallons per day from Texas all the way to New York. The FBI has blamed the attack on ‘DarkSide,’ a group of criminal hackers believed by the media to operate from a Russian-speaking country.

Gas prices have risen by nearly 9 cents per gallon in some states, with the national average standing at $2.99 as of Tuesday morning. Prices are expected to keep climbing past $3, a high not seen since 2014.

Motorists throughout the Southeast and along the East Coast have reported queues and shortages at gas stations. ”I’ve called 10 gas stations around Asheville [North Carolina] and not a single one has gas,” podcast host Katie Herzog tweeted. “How is this not the biggest story in the US right now?”

Similar scenes were recorded in other locations throughout North Carolina, and in nearby states.

With Colonial still working to get its pipeline operational again, the company announced on Tuesday that its corporate website was experiencing a “temporary service disruption.” However, the firm added that this disruption was “unrelated to the ransomware,” and that “we continue to make progress on our system restart plan.”

The pipeline in question is actually made up of four ‘mainlines,’ and a number of smaller ‘lateral lines,’ which branch off the main Texas-New York route to supply smaller terminals on the Eastern Seaboard. With these lines running through more than a dozen states, the effects of the disruption were immediately apparent. Traders scrambled to import fuel by tanker from Europe, and the Biden administration invoked emergency powers to allow truckers to transport more fuel than usually allowed. The Environmental Protection Agency on Tuesday also waived smog regulations on fuel sold in Pennsylvania, Virginia, Maryland and the District of Columbia, in a bid to minimize disruptions.

Prior to the latest cyberattack, Colonial had a patchy record on safety and reliability. Last August, it emerged that a rupture in one of its pipelines in North Carolina caused more than one million gallons of gasoline to be spilled – the worst in the state’s history. That figure, arrived at by Colonial, has since come under official scrutiny.

In March, the Transportation Department’s Pipeline and Hazardous Materials Safety Administration (PHMSA) deemed that the continued operation of the pipeline system as-is would “pose a pipeline integrity risk to public safety, property, or the environment,” noting that 272 incidents had been reported along Colonial’s lines since 2000.

In one of the most significant of these incidents, a Colonial pipeline explosion killed one worker and spilled 4,400 barrels of gasoline into a pond in Alabama in 2016. Later that year, an underground leak of over 7,000 barrels was discovered in the state.