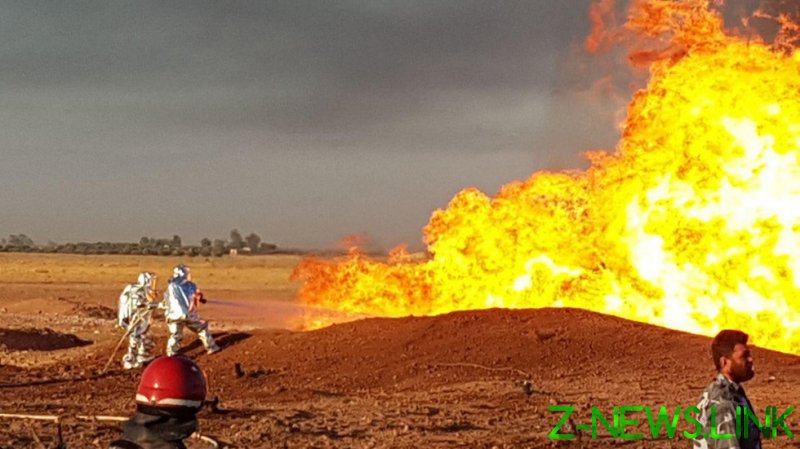 “We are still looking into that. But it was almost certainly a strike by ISIS,” Jeffrey said, as cited by Reuters.

The blast at a pipeline outside Damascus caused a drop in gas supply to power stations, leading to blackouts across the country. The fire was put out on Monday, and power was restored to hospitals and other vital infrastructure in the capital, along with some residential areas, Syria’s SANA news outlet reported.

Caretaker Petroleum Minister Ali Ghanem said that the explosion was caused by a terrorist attack. He noted that it was the sixth time the pipeline was targeted.

Earlier this year, Syria sent a letter to the UN Security Council, describing terrorist attacks on its energy infrastructure. It reported that various groups have targeted gas factories and refineries in different part of the country, as well as carried out an underwater bombing against a Mediterranean Sea pipeline at a terminal in Tartus.