Home / economy / Gas massacre: Qatar goes on the warpath with Russia and the United States

Gas massacre: Qatar goes on the warpath with Russia and the United States 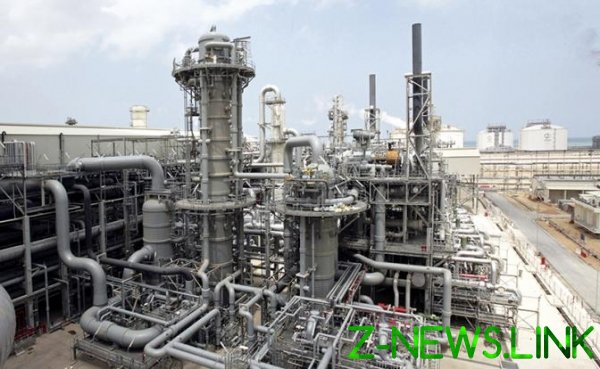 Qatar is the world’s largest exporter of liquefied natural gas, suffered huge losses from-for falling of demand for energy. Soon the country will face a difficult choice: to reduce production of LNG or follow in the footsteps of Saudi Arabia, which after the collapse of the deal, OPEC+ decided to make war with competitors for markets for their products.

If the choice will fall on the second option, the price of “blue fuel” in Europe may fall to negative values, writes Bloomberg. For Gazprom, of course, it also doesn’t Bode well.

2019 Qatar is not a member of the organization of countries-exporters of oil (OPEC), explaining this by the desire to focus on gas production. Before the epidemic of the coronavirus he nurtured downright Napoleonic plans: if today the Emirate is capable of producing 77 million tonnes of LNG, to 2024, was intended to reach 110 million, and by 2027 up to 126 million.

According to the Minister of energy of Qatar Saad bin Shreda al-Kaabi, required the resource base available for this purpose. A source of huge volumes of “blue fuel” will be the new areas of the massive North field in the city of RAS Laffan. “Research and testing of wells also confirmed the possibility of producing large amounts of gas from this new sector,” said al-Kaabi.

By and large, his statement can already be regarded as a Declaration of a price war. “The plan of Qatar to increase LNG capacity by 64% likely to exacerbate the global surplus of the fuel, said to Bloomberg in November of last year. The country seeks to fend off competition from rival producers such as Australia and the US, which increased production and destroyed the historical dominance of the Gulf States on the market.”

In winter, the competition intensified even more. The commissioning of new LNG projects occurred against a backdrop of slowing demand growth in China, and abnormally warm weather in Europe. In addition, the risk of stopping the Ukrainian transit forced the Europeans to accumulate a record of gas reserves, which in the end is not useful. The price of “blue fuel” has got under a press, in Europe and the U.S. gas was trading at the lowest seasonal level since 1999.

“The gas market can not digest the excess supply and warm weather,” warned in January the founder of gas hedge Fund Statar Capital LLC in new York, Ron Lakes. Few weeks to this “indigestion” added another attack — the epidemic of coronavirus. After oil prices on “blue fuel” flew into the abyss. This, however, did not prevent Russia and Qatar to include the struggle for the redistribution of the gas market in Europe. In March, they increased the volume of LNG that direction, shaking the position of the Americans. “These two exporter start to invade there, dominated by the USA, the current market leader,” said specialize in commodity markets information Agency S&P Global Platts.

Qatar, in fact, had no other choice. What to do about the slump in demand for energy in Asia? Switch to Europe. But the coronavirus has reached here. Besides, the European market Qatar is not a major trendsetter in the field of LNG — the palm was intercepted by the United States has increased markedly Russian “NOVATEK”.

But the American energoexpert Simon Watkins argues that in the current crisis Qatar sees an opportunity to reaffirm its dominant position in the hierarchy of LNG. This confirms the recent statement by al-Kaabi, which is the essence of the strategy of the Emirate in the gas war: “If I dig wells and to buy the ships that I don’t back down.” Under the purchase of ships, probably means agreed in late April, the deal with Qatar Petroleum a subsidiary of China state shipbuilding Corporation and Hudong-Zhonghua Shipbuilding Group: Qatar has reserved large capacity for the construction of tankers in China until 2027. It also confirms that the epidemic of the coronavirus is not made in Doha to adjust the plans to increase gas production.

“If you look at what happened this year, many people have delayed LNG projects, and this gives us, perhaps, benefit in the long term,” suggests al-Kaabi. Reflections in the style of Sechin: we will survive, and competitors will go bankrupt. But enough from Qatar’s margin of safety?

Obviously, the consumption of gas and oil will recover to pre-crisis levels in the best case a year (if ever restored). In these circumstances, to lead a price war means losses. Although the losses will be in any case. The reduction in exports means a reduction of state budget revenues and the risk that Australia will still intercept from Qatar’s status as the world’s biggest LNG supplier. If you lower the prices to capture new markets, even producers with low costs can go into the red.

Bloomberg predicts that ultimately it could lower gas prices below zero, as happened last month on the U.S. oil market, when the flow of “black gold” supercharged power storage hub Cushing, Oklahoma. “If they (the Qataris — approx. ed.) will bring cargo to Europe, we get exactly the same prices, as in Cushing, that is negative,” says Thierry Bros, energy specialist Devonskogo the center for Russian and Eurasian studies at Harvard University.

It is noteworthy that Russia before the outbreak of coronavirus was accused of using the same strategy. At the end of last year, the S&P Global Platts, with reference to the interviewed traders claimed that our country is going to “kill” the price of gas in Europe to oust competitors and capture their markets. Is it because even on the background of positive developments in the negotiations with Ukraine, “Gazprom” continued to fill vaults in Europe?

One expert even suggested that a considerable volume of transit that Russia has left the Ukrainian direction, are also part of the cunning plan of the Kremlin. The more fuel, Gazprom will pump to Europe, the more prices will fall. “This year will be a real massacre. Prices will be killed.

I think that eventually Gazprom will succeed with 10-20 years of dominance” — assumed an anonymous trader, who was quoted by the Agency S&P Global Platts. But in December, nobody imagined the scale of the impending disaster. To kill “prices” today does not make sense — with this task perfectly coped epidemic of coronavirus.

The fact of the war between gas-exporting countries is already underway. They all suffer losses, but no one wants to be the “weak link”, to cut production and give up market share to competitors. Besides, manufacturers no gas cartel similar to OPEC. There are simply no grounds on which to agree on coordinated action to stabilise the situation, as it did in last month’s oil exporters. Perhaps the epidemic of the coronavirus will stimulate the creation of such a platform, but yet on the agenda this issue is not.

Potentially the biggest problem should arise in the United States. “Negative, gas prices would be particularly harmful to the American operators, which only recently began production and is still burdened by high costs. Negative prices can also lead to delays in the implementation of any projects for liquefied natural gas that have not yet secured funding,” notes Bloomberg.

Obviously, in the dispute with America, Qatar can count on success (European companies already refuse to accept us LNG contracted in June). But to press Russia unlikely. Anyway, to pump gas through the pipes is cheaper than liquefy it and put it on tankers. “NOVATEK” is also a big competitive advantage — a short transport shoulder by which it delivers its products to Europe.

The Emir of Qatar to TA’mim bin Hamad al-Thani need to think carefully about whether to force the issue. For what it may bring, can be clearly seen on the example of neighboring Saudi Arabia.