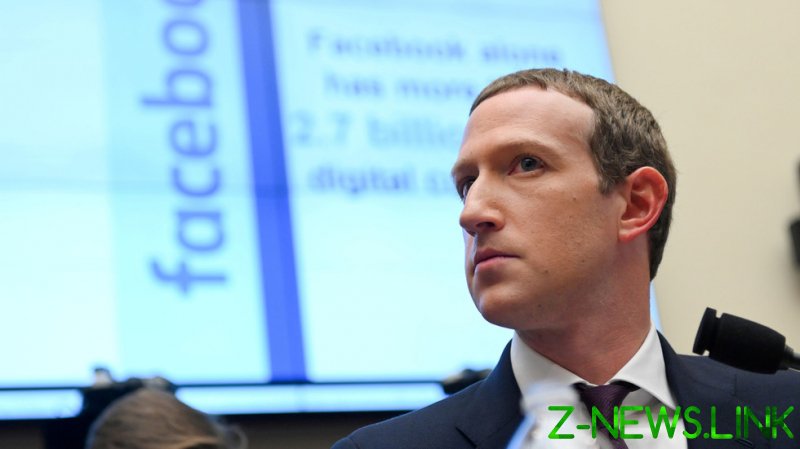 Clara Jeffery said she was “enraged” after reading a Wall Street Journal story about how Facebook CEO Mark Zuckerberg has drifted away from his apolitical stance and became a seriously involved player in the last four years.

Among other things, the newspaper described how in 2017 Facebook changed its news feed algorithm “to minimize the presence of political news.”

“Policy executives were concerned about the outsize impact of the changes on the right, including the Daily Wire, people familiar with the matter said. Engineers redesigned their intended changes so that left-leaning sites like Mother Jones were affected more than previously planned,” WSJ reported, adding that Zuckerberg had personally signed off on the alterations.

Mother Jones has experienced a significant drop in traffic coming from Facebook, Jeffery said, adding that it costs her publication some $400,000 to $600,000 annually. She also accused the social network of lying to the MJ social media team about the changes in the algorithm.

Similar criticism came from Tara McGowan, a co-founder of nonprofit Acronym. Among other things, Acronym operates a network of websites called Courier Newsroom, which ostensibly produces local news, but was designed as a political vehicle to swing votes for Democrats – ostensibly in response to Republicans using the same tactics.

Zuckerberg, the WSJ report said, argued that Courier Newsroom was not a news organization. The discussion led to Facebook adopting a policy that ousted partisan-backed sites from its news feed and of otherwise restricting their reach on the platform. The policy favors conservative sites “known for spreading disinformation,” McGowan angrily tweeted.

Both Jeffery and McGowan also rebuked Zuckerberg for talking to conservative media figures like co-founder of the Daily Wire, Ben Shapiro. According to the WSJ, the influential commenter got invited to a dinner with the Facebook CEO last year. “While the two aren’t friends, they sometimes discuss broader political and philosophical themes, the people added, many of which they disagree on,” the WSJ report said.

“WTF, seriously? Guess who’s not invited to dinner? Hey Mark, I only live a few blocks from you,” Jeffery responded.

The WSJ report and the backlash from the Left came as the power that big tech companies have over what information reaches the public in the US is subjected to increased scrutiny. Earlier this week Facebook restricted the spread of a New York Post story about Hunter Biden and allegations that he had peddled influence as the son of then-Vice President Joe Biden. Twitter went even further and banned sharing links to the story on its service, a controversial decision that since had been reversed.

The acts of censorship were cheered-on by many public figures on the Left, which sees the story as a smear of the Democrat candidate in the presidential election. Many on the Right called it a brazen attack on freedom of speech and the latest proof that Silicon Valley giants play favorites in politics.