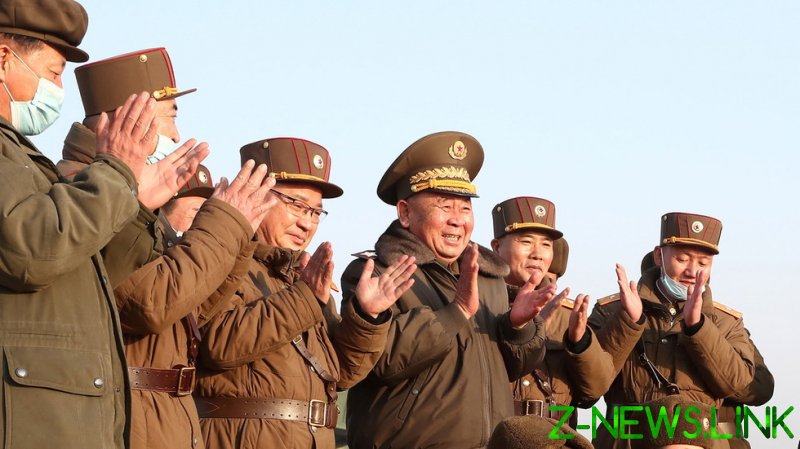 “It’s a gangster-like logic that it is allowable for the US to ship the strategic nuclear assets into the Korean peninsula and launch ICBMs any time it wants but not allowable for the DPRK, its belligerent party, to conduct even a test of a tactical weapon,” senior North Korean official Ri Pyong Chol said in statement on Saturday.

The comments came after US President Joe Biden condemned a series of missile launches by Pyongyang, which test-fired several newly developed “tactical guided missiles” on Thursday, with the US leader vowing to “respond accordingly” if North Korea opted to “escalate.”

Defending the launches, Ri argued that the guided missile test was merely an “exercise of the full-fledged right of a sovereign state to self-defense,” given that the US and its allies routinely flex their military muscles in the region with “dangerous war exercises” and are happy to arm themselves with advanced weapons.

Ri appeared to reject speculation that the rocket launches, all conducted within a span of a week in the run-up to Biden’s much-anticipated first solo press conference on Thursday, were meant to send a signal to the new administration.

“We are by no means developing weapons to draw someone’s attention or influence his policy,” the official said. Ri, who according to North Korea’s state media, oversaw the latest launch, went on to denounce Biden’s vow of retaliation as “an undisguised encroachment” on North Korea’s right to self-defense and “provocation,” warning that the US “may be faced with something that is not good” if it continued such rhetoric.

The missiles test-fired on Thursday were described by the Japanese and South Korean militaries as ballistic missiles. While North Korea is banned from testing ballistic missiles under UN Security Council resolutions, Washington is not bound by such constraints. Last month, the US military fired an unarmed LGM-30G Minuteman III intercontinental ballistic missile (ICBM) from a California base, with the US Air Force saying that the launch showed that Washington’s “strategic deterrent is safe, secure and effective.”

Earlier this month, the US and South Korea held a nine-day joint military exercise that was scaled back this year due to the Covid-19 pandemic. The scope of the annual computer-simulated drills has been limited since the previous US administration attempted to strike a denuclearization agreement with Pyongyang, though the effort ultimately failed after Washington refused to provide any sanctions relief until North Korea carried out “complete and irreversible” denuclearization.