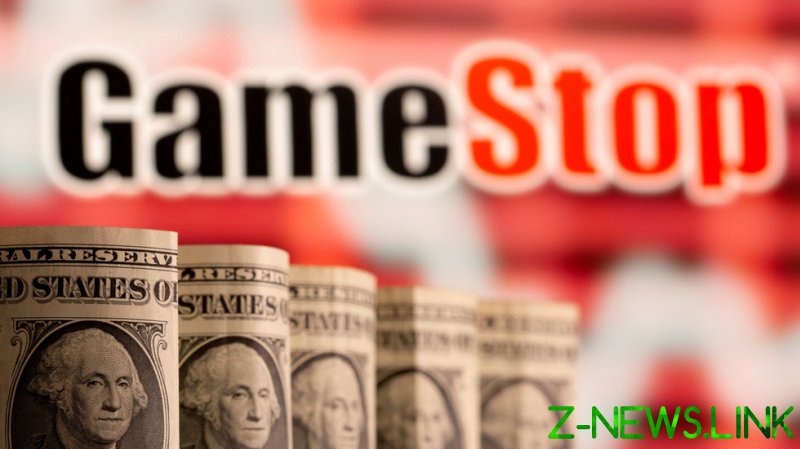 Though specific details on the timetable and amount of stock to be listed have yet to be determined, GameStop said it would use the proceeds to “accelerate its transformation” and improve its overall financial standing, among other things, the company said on Monday.

The funds attracted through the potential sale are expected to go towards enhancing GameStop’s digital footprint. The company outlined the need to reboot its website, ensure fast online shipping and roll out a customer-service network in the US in its latest annual report.

Although its net sales dropped from $6.47 billion to $5.09 billion between 2019 and last year, the company boasted a 191% surge in e-commerce sales. The increase was boosted by Covid-related restrictions that at the same time hampered its store sales.

The plan for a large stock sell-off is one way the company can leverage the gains of a record-setting GameStop trading boom, which saw micro-investors on Reddit’s WallStreetBets community use Robinhood and other apps to bolster the share price of GameStop stock. The trading frenzy, launched in retaliation after several hedge funds heavily shorted the stock, cost some Wall Street players billions of dollars and took GameStop’s share price all the way from $20 to a record high of $483 in January.

Though battling some institutional investors, the company has been winning over others.  Jefferies LLC, GameStop’s sales agent, drastically raised its target sale price from $15 to $175 in late March. Jefferies analyst Stephanie Wissink argued that if the company “shed its retail heritage” and became more of an e-commerce presence, its valuation “could rival digital peers with similar business models.”

The projection is in sharp contrast to figures from other analysts, however, with $25 reportedly being a median price target.

Proceeds from a future sale of shares could fund the ambitious direction already being implemented by digital entrepreneur and Chewy co-founder Ryan Cohen, named to the company’s board in January along with two other former Chewy colleagues. Cohen – who was tapped to lead GameStop’s Strategic Planning and Capital Allocation Committee on March 8 – recently hired five former Amazon executives to take over key posts, and wants an aggressive push to expand into e-commerce.

With his firm RC Ventures now GameStop’s largest investor, Cohen has stated the company “needs to evolve into a technology company that delights gamers and delivers exceptional digital experiences” by taking full advantage of its online offerings while focusing less on “its brick-and-mortar footprint.”

Though the company’s stock price initially fell by 12% following the Monday announcement, the price largely rallied and closed the day at $186.95, down only 2%.