Gamers revealed the features of the new Grand Theft Auto 6 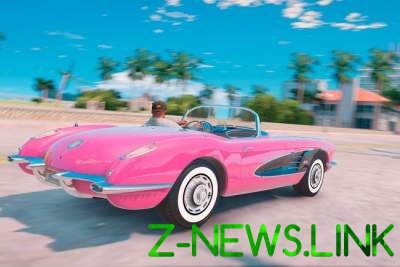 There was a leak of information.

Grand Theft Auto 6 (GTA VI) though it had been confirmed but had not yet been officially announced by Rockstar Games, but, the Internet is gradually filled with rumors about what to expect players from the long-awaited continuation of the famous series of games. Recently Reddit has leaked information about GTA 6, which was a pleasant surprise for gamers.

According to insider information, the world of Grand Theft Auto 6 will consist of several large cities, in which the protagonist starts from liberty city (Liberty City) as a petty criminal, performing the dirty work, and then moved to Vice city (Vice City) to join the gang. Then players will be tasked to look after the business in Los Santos (Los Santos), and in the end the main character with new companions will return to become a drug Lord in Vice city.

See also:  In the Parliament revealed the details of health reform

Grand Theft Auto 6 will present a retrospective flashback in between missions. The world will dynamically change over time, so the stores will sell different types of items in different eras. The game will dilute the successful implementations of Red Dead Redemption 2, such as conversations with strangers or micromanage the gang.

Rockstar has big plans for the online part of Grand Theft Auto 6. Given the huge success of the online GTA V, the company aims to raise the bar of quality this part of the game. In particular, GTA 6 will also be to receive regular updates and tons of content, including new city. To implement such a large project, Rockstar has enlisted the support of cloud technologies from Sony and Microsoft.

It is also claimed that Rockstar already has an idea of when GTA 6 will be completed, but the developer first wants to see the sales of next-generation consoles – the PlayStation 5 and Xbox Scarlett to estimate the approximate number of sales of the game. There is also information about what Grand Theft Auto 6 will probably appear on PlayStation 4 and Xbox One in force on the old platform, which “will not pull” game.

A source on Reddit has asked to be anonymous, so check the accuracy of the information yet. However, as noted in the thread on Reddit, leaked for GTA 6 was taken from the publication in the Pastebin service where it was quickly removed at the request of Rockstar Games.