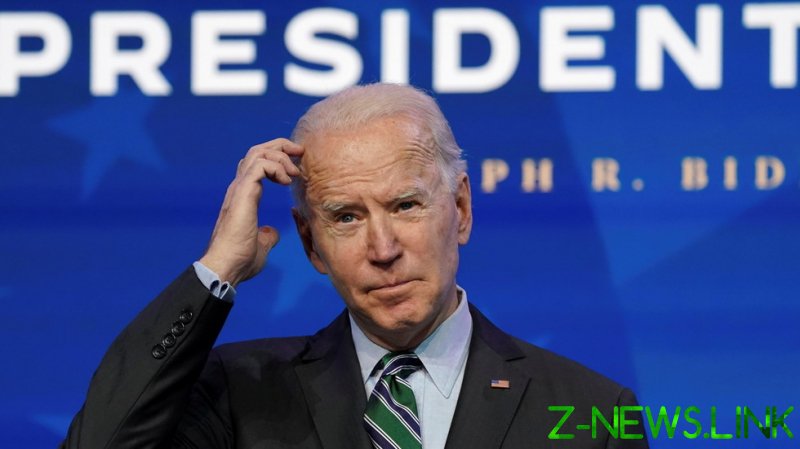 I am precluded by my religion to speak ill of the recently dead. An exception must be made for the walking dead, especially when they are walking the West Wing of the White House in Washington DC.

To to the sea of troubles in America can now be added a president who is not so much lame duck as dead duck, roasted on a plate and covered in plum sauce.

It has been a truism in American politics that Creepy Joe Biden has gone Sleepy, for so long it has become the new normal. That advanced age and perpetual confusion are no barrier to the most powerful position in the world and to an array of nuclear weapons launch codes and triggers speaks volumes, and not just to the madness of Donald Trump.

Of course, there have been mentally challenged world leaders before and the world has turned a blind eye for as long as it suited them. Idi Amin Dada was helped into the presidency of Uganda by the British. He proclaimed himself the Last King of Scotland, fed his foes to the crocodiles and may even have eaten human flesh. But because he wasn’t the socialist Milton Obote, whom he had overthrown, he was tolerated and, indeed, armed and trained by the empire.

There was a limit to the flesh-eating that Idi Amin could do. After all, Uganda is but a regional power. But there was no limit at all for Ronald Reagan. As a B-movie cowboy actor, it was said that ‘The Gipper’ had fallen once too often off his horse – and that was as a young man. But he was nice with it. Nobody ever saw him sniffing little girls’ hair, nuzzling their necks, showing them his hairy legs. Reagan preferred horses.

A good friend of mine spent time with him in DC, in the Oval Office. When introduced to the president – my friend’s name, rank and serial number being whispered into the president’s ear by an aide – Ronnie’s eyes brightened and he greeted his guest like a long-lost friend, charm pouring forth like golden syrup. But it was all an act. Reagan’s lights were on, but there was nobody home.

This was confirmed when, according to my friend, the president later gave a speech to a gaggle of Brits, reading from cue-cards as was by then his wont, nay, necessity. He dropped them. When they had been reassembled – in quite the wrong order – Reagan resumed reading them, by now pure gibberish. Ronnie never knew. And the guests pretended not to either.

During President Reagan’s term, the world came as close to nuclear war as it had at any time, including the Cuban Missile Crisis of 1962. The siting of cruise and Pershing missiles throughout Europe and the war games which accompanied this placed the Cold War on red-hot alert. It is quite possible that the US president was told the whole thing was a movie. It is certainly true that he believed that nuclear weapons could be recalled and brought back to base after they had been launched…

Before him the fiendishly clever President Nixon – so clever he tape-recorded himself committing a multitude of high crimes and misdemeanours – went mad. As the Watergate scandal engulfed him, he unraveled before the very eyes of family and colleagues.

Watching George C Scott as General Patton in the White House cinema night after night whilst blind drunk and with Henry Kissinger, Dr Strangelove, having to keep his finger far away from the nuclear buttons, he ranted and raved and threatened and wept in self-pity.

The madness of Donald Trump had nothing on his Republican predecessor and fellow-impeachee Richard Nixon. So disturbing were the last days of Tricky Dicky, it came as a relief to America and the world when he resigned – even though it was famously said his successor Gerald Ford couldn’t chew gum and walk in a straight line at the same time. Bovine he may have been, but a mad-cow he wasn’t.

The Raging Bull Donald J Trump – grotesque, bizarre, unbelievable – had the misfortune to go quite mad in the age of cable news and social media. His narcissistic predilections always bordered on personality disorder. But his natural braggadocio stormed him to victory in 2016 in a backlash against the super-smooth professorial presidency of Barack Obama, with Joe Biden and Hillary Clinton riding shotgun.

Under Obama, the Clintonite deindustrialisation of America became almost complete. China was presented with America’s lunch. And in no less than nine conflicts across the globe Obama was ‘nation-building’ in other people’s countries while his own country was falling apart. But a dark storm was gathering…

If only the Democrats had not started out by trying to steal Trump’s election in a flurry of pussy-hats and fake Russiagate hoaxes. If only they hadn’t striven might and main to railroad the Electoral College into betraying their mandate and – in the case of Nancy Pelosi – make a thinly disguised call for “uprisings throughout the country.” If only they hadn’t spent countless millions and two whole years of a four year-term with the Mueller Inquiry and the cockamaney theorem that the man who confronted Russia from Ukraine and the Baltics through the wrecked INF and Open Skies treaties to the killing fields of the Levant was, in fact, an agent of Vladimir Putin. If only, if only…

As it happened, the descent into madness of Trump was complete by the end. The coronavirus he derided at first, before predicting it would disappear in the warm weather of spring, before pondering whether bleach up the bahookie might not be an option as a cure. The Tammany Hall skullduggery of election day, practiced over a century in places like New York, rolled out across the country. The political suicide of only half-making a revolution on January 6 dug his own grave. Nobody ever beat a candidate who polled over 75 million votes before. But Sleepy Joe Biden did.

And he did it hardly ever leaving his basement home studio, where he painfully struggled to read an autocue even with an earpiece shrieking the words to him. When he did speak, it was often gibberish that would have made Ronald Reagan blush. He oftentimes plainly didn’t know where he was, what office he was running for, which woman was his sister and which was his wife.

When Boris Yeltsin was rattling down, the world endlessly amused itself at the sight of Russia on its back, legs akimbo with thieves picking its pocket. With Joe Biden, though, the political class and its media echo-chamber merely look the other way.

Despite Democratic Party control of all levels of Federal power, it seems unlikely we are about to witness an FDR or a JFK barnstorming 100 days. It seems fair to wonder if Sleepy Joe will even see out a hundred days in office. It is, however, certain that if he is in office he will not be in power. Because power has already passed to the cavernous uncertainty of Vice President Kamala Harris.