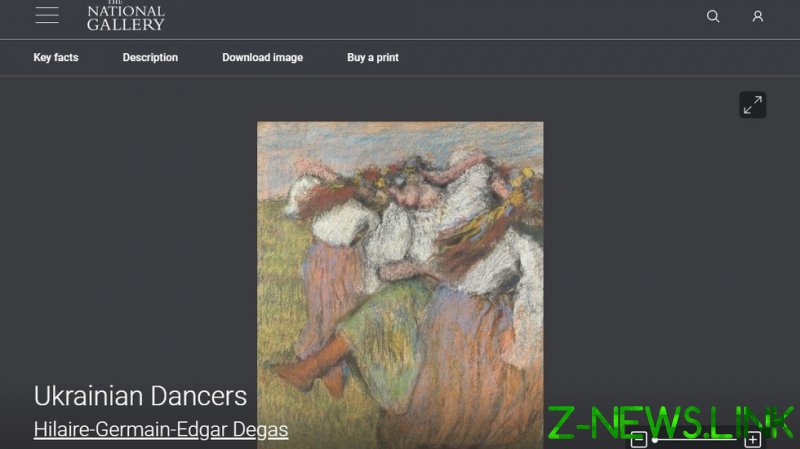 Britain’s National Gallery has changed the title of a drawing by French impressionist Edgar Degas. Since last week, the 1890s pastel and charcoal image is now called ‘Ukrainian Dancers’ rather than ‘Russian Dancers’.

The picture in question is part of a series and was produced during visits by dance troupes from the Russian Empire to Paris in the late 1890s. Such performances were a popular attraction, given the French interest in Eastern European traditions after the establishment of the Dual Alliance between France and the Russian empire in 1894.

The dancers “are almost certainly Ukrainian rather than Russian,” its description on the National Gallery’s website says, without further elaboration.

The gallery acknowledged that the change of title was due to the current political situation and after a public pressure campaign on social media rather than due to any new facts discovered about Degas’ work.

“The title of this painting has been an ongoing point of discussion for many years and is covered in scholarly literature,” a spokesperson for the gallery said as quoted by the Guardian. “However there has been increased focus on it over the past month due to the current situation so therefore we felt it was an appropriate moment to update the painting’s title to better reflect the subject of the painting.”

The newspaper cited two Ukrainian art figures, who praised the change. Olesya Khromeychuk, the director of the Ukrainian Institute in London, lamented that for many years exhibition curators in Britain had “no problem presenting Jewish, Belarusian or Ukrainian art and artists as Russian.” 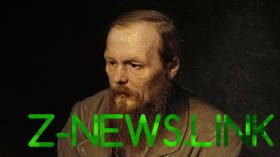 The campaign to “Ukrainize” Degas’ drawings was spearheaded by Ukrainian artist and activist Mariam Naiem, who claimed the move by the National Gallery as her “micro victory”. She said she wrote to several Western art museums displaying works from the series, petitioning for the change, and that the British one was the first to comply.

The renaming fits within a trend in the West to suppress Russian culture that intensified after Russia attacked Ukraine in late February. The University of Milano-Bicocca in Italy, for example, announced its intention to stop teaching a course about 19th century writer Fyodor Dostoevsky and focus on Ukrainian authors instead. The news sparked a backlash and the decision was reversed. The Cardiff Philharmonic Orchestra dropped Pyotr Tchaikovsky from its program, deeming the 19th century Russian composer problematic.