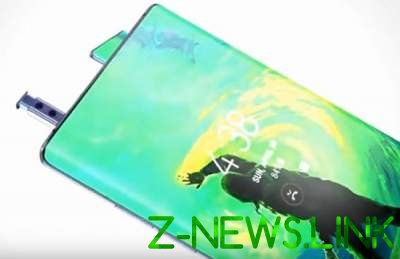 Since the debut of the Galaxy Note Edge curved displays are a distinctive feature of the flagship smartphone Samsung.

Although in recent years the company seems a bit removed from much of the curved displays of the above-mentioned model and some of its successors, the upcoming Galaxy Note 10 can revive the old design.

Samsung Galaxy Note and Galaxy 9 S10 have a very subtly curved displays that serve mainly to underscore the subtle side part.

Now according to the insider @UniverseIce, Samsung Galaxy Note 10 can get “more aggressive curved display than the Note 7”. In the unfortunate explosive Galaxy Note 7 was not much of a curved screen, at least compared to some old models, it is difficult to judge what will be the display Samsung Galaxy Note 10. If the company will return to the display in more curved edges, it could be done in order to enrich the user experience.

“Do you like the curved display or not, it remains a feature of the flagship smartphones in the second half of the year, you will see the excellent curved design, more aggressive curved display than Note7, and more than one brand will come also.”

Another interesting point, which makes Ice Universe, is that “several brands” will follow the example of Samsung and release a device with a “more aggressive curved display”. In the past this mod has not caught on in the market, but if the Galaxy Note 10 actually implements something creative or comfortable in a bent display, the more companies can follow suit. There are rumours that OnePlus 7 may have a curved screen.

See also:  Durov turned to Microsoft and Apple with an unusual request

New rumors reported that the Galaxy Note 10 will have the front camera hole directly in the center, not offset to the right like the Galaxy S10. This decision will allow to preserve the visual symmetry in the appearance of the new flagship of Samsung.