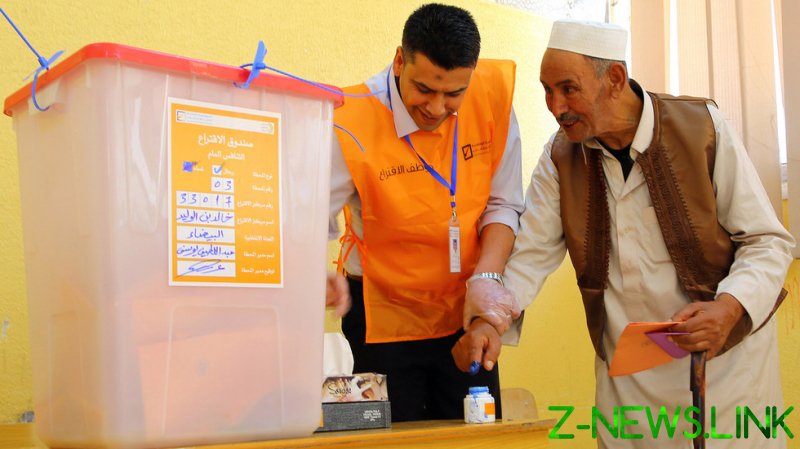 Gaddafi had announced his candidacy on November 14 and looked like one of the front-runners in the contest, scheduled for December 24. On Wednesday, however, the election commission ruled him ineligible. It is a preliminary decision and can be appealed in court.

A military prosecutor in Tripoli had urged the commission to disqualify Gaddafi on grounds of his 2015 conviction in absentia for war crimes related to the 2011 insurrection that overthrew his father. Muammar Gaddafi had ruled Libya for over 40 years before he was ousted and killed by NATO-backed rebels.

Saif al-Islam was the chosen candidate of the Popular Front for the Liberation of Libya, a group of his father’s loyalists formally established in 2016. He also has a pending arrest warrant on behalf of the International Criminal Court (ICC) in The Hague.

Gaddafi reacted to the decision by pointing out that General Khalifa Haftar has two criminal convictions – a 1987 court-martial over his surrender to Chad, and a 1993 civilian conviction for plotting to overthrow the government – yet he has not been disqualified from running.

Haftar, who commands the armed forces of the Tobruk-based government that controls eastern Libya, was also accused by critics of holding a US citizenship and therefore ineligible. Meanwhile, the interim prime minister of the Tripoli-based national unity government, Abdul Hamid Dbeibeh, had promised not to run for president prior to taking on the role, and has refused to resign three months before the election, as required by the controversial election rules.

The UN Security Council on Wednesday issued a statement stressing the importance of the election for the peace and reconciliation in Libya and urged all parties to respect the rights of their political opponents “before, during and after” the vote.

The Geneva-based UN special envoy for Libya, Slovak diplomat Ján Kubiš, abruptly resigned on Tuesday for reasons not yet revealed, but will remain in the post until Secretary-General António Guterres appoints a replacement.