Home / WORLD / Gabby Petito’s cause of death revealed to be strangulation, a month into media frenzy around blogger’s tragic fate

Gabby Petito’s cause of death revealed to be strangulation, a month into media frenzy around blogger’s tragic fate 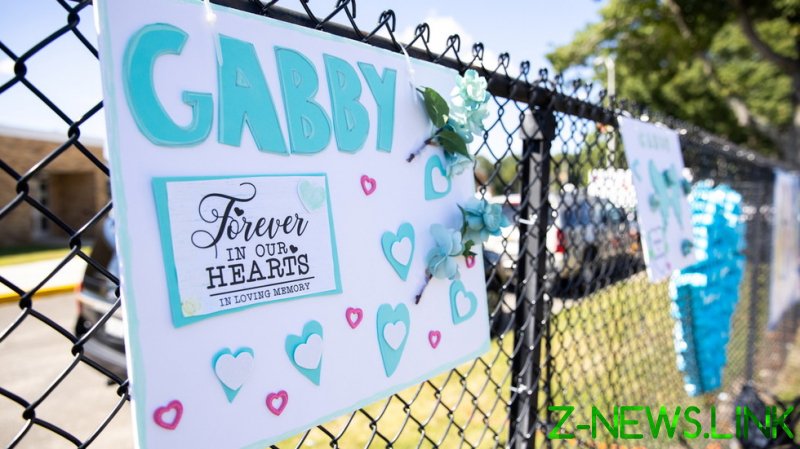 Petito’s remains were found on September 19 at the Spread Creek Dispersed Camping Area in Bridger-Teton National Forest, and Teton County coroner Dr. Brent Blue finally revealed the official cause of her death this week.

He refused to go into further detail about the specifics of the death, but did say they have determined Petito’s body had been left in the wilderness for three to four weeks. Blue had previously determined the death was a homicide.

The coroner could not reveal whether the strangulation was manual or done with an object, nor did he reveal toxicology results, as the investigation is still open.

Petito and Laundrie were on a cross-country road-trip when Laundrie returned to his family’s home in Florida without his fiancee on September 1, according to police. Petito was later reported missing by her family, and Laundrie disappeared soon after this and could not be located.

Laundrie has not been seen since September 13. His family claim he went hiking and never returned, but he remains at large. Police have referred to him as a “person of interest” and an arrest warrant was issued after he used one of Petito’s debit cards.

Petito and Laundrie had a documented run-in with police in Utah before her disappearance. A witness had called in a physical altercation between the two, but neither wanted to press charges and they were told to separate for the night, police body camera footage revealed.

With the couple already having been in the public eye as new “vanlife” bloggers, the bizarre details of the case have led to massive media attention, and to pundits weighing in on the case. Former reality television star and bounty hunter Duane Lee Chapman claimed he was searching for Laundrie for some time.

The coverage soon attracted some pretty controversial comments, too. Some activists claimed the attention the case was receiving was a consequence of the media and public caring disproportionately more about a young, blonde woman.

MSNBC’s Joe Reid stirred up controversy last month when she said interest in Petito’s case was due to “missing white woman syndrome.”

“It was quite the media circus and it continues to be,” Blue said on Tuesday when asked about the massive attention Petito’s death has received.

Though he did not go as far as Reid had, Blue did claim that “unfortunately” many domestic violence stories “aren’t covered with this amount of media attention.”

In response to the coroner’s statement on strangulation, Laundrie’s lawyer released one of his own on Tuesday, saying his client is “still missing,” but that he will address his bank fraud charge when he is found.

“While Brian Laundrie is currently charged with the unauthorized use of a debit card belonging to Gabby, Brian is only considered a person of interest in relation to Gabby Petito’s demise,” the lawyer said. “At this time Brian is still missing and when he is located we will address the pending fraud charge against him.”