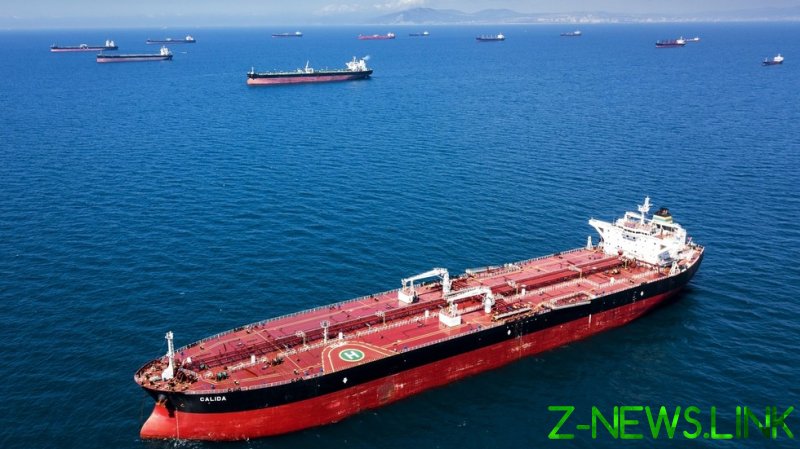 The finance ministers of the Group of Seven influential nations announced on Friday their intention to ban maritime services transporting Russian oil if its price is not approved by ‘international partners.’

“We commit to urgently work on the finalization and implementation of this measure,” representatives from the US, Canada, Germany, France, Italy, the UK and Japan said in a joint statement seen by AFP, without specifying the cap level.

“We seek to establish a broad coalition in order to maximize effectiveness and urge all countries that still seek to import Russian oil and petroleum products to commit to doing so only at prices at or below the price cap,” they added.

The move is aimed at slashing Moscow’s revenues while maintaining a flow of its crude to the international markets, to avoid a price surge.

“We will curtail [Russian President Vladimir] Putin’s capacity to fund his war from oil exports by banning services, such as insurance and the provision of finance, to vessels carrying Russian oil above an agreed price cap,” British Finance Minister Nadhim Zahawi reportedly said, according to a tweet by a Sky News reporter.

According to the statement, the initial price cap will be based on a range of technical inputs, and the price level will be revisited as necessary. “We aim to align implementation with the timeline of related measures within the EU’s sixth sanctions package,” the ministers noted.

Western leaders agreed in June to explore a price ceiling to limit how much refiners and traders can pay for Russian crude. Moscow has made it clear that it would not comply, instead shipping its crude to countries not bound by the cap. Deputy Prime Minister Alexander Novak warned on Thursday that nations that support the price cap will not get Russian crude.