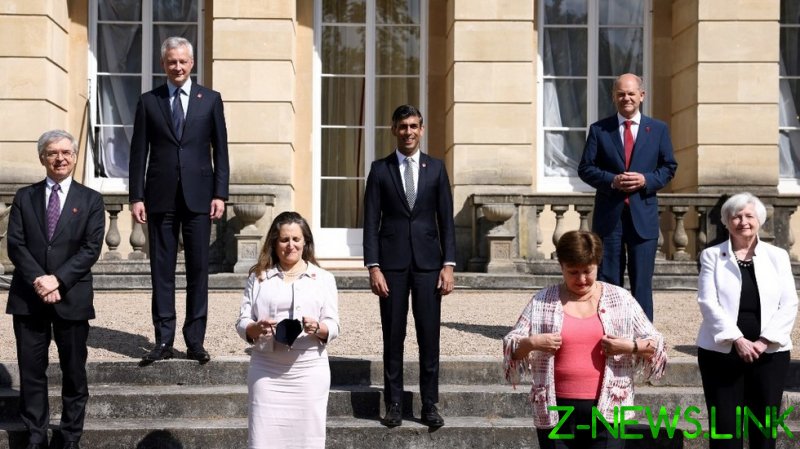 US Treasury Secretary Janet Yellen met with her counterparts from Canada, France, Germany, Italy, Japan, and the United Kingdom in London on Saturday, where she made her administration’s case for a global minimum corporate tax rate of 15%.

The ministers agreed to back her proposal, with UK finance minister Rishi Sunak announcing the deal shortly after the meeting.

“G7 finance ministers… after years of discussions, have reached a historic agreement to reform the global tax system to make it fit for the global digital age and, crucially, to make sure that it’s fair so that the right companies pay the right tax in the right places,” Sunak said in a video posted to Twitter.

Once implemented, the plan will make it more difficult for corporations to set up operations abroad, where tax rates are often dramatically lower. The US, for example, charges a flat corporate tax rate of 21%, which President Joe Biden has proposed – against Republican outcry – hiking to 28%.

A US multinational seeking to avoid this rate can simply locate in a country like Ireland, where they pay only 12.5%, one of the lowest rates in Europe. All of the G7 nations already tax corporations at or above the proposed 15% rate, meaning smaller nations will be pressured to hike their rates if Biden’s plan is implemented.

Ireland has already thrown cold water on the Biden administration’s plan. Finance Minister Paschal Donohoe told Sky News last month that his government has “significant reservations” about introducing a global minimum rate, claiming that such a move “means only certain countries, and certain size economies can benefit from that base.”

Donohue, as current President of the Eurogroup, attended Saturday’s meeting, but the other ministers’ agreement doesn’t put Ireland’s low rate in jeopardy yet. The measures agreed on Saturday will need to find broader agreement at a meeting of the G20, set for next month in Venice, Italy.

Though it has occasionally faced opposition at home, Ireland’s low rate has attracted foreign firms to the country since the early 1990s, with the influx of foreign investment one of the key drivers in the rapid economic growth that followed. However, proponents of a global minimum regime insist that hikes are needed to offset government spending, which ballooned across the developed world in the wake of the coronavirus pandemic.

In a statement last month, Yellen said that a “global race to the bottom” on corporate tax has undermined “the United States’ and other countries’ ability to raise the revenue needed to make critical investments” – such as the record-breaking federal budget proposed by Biden last week.