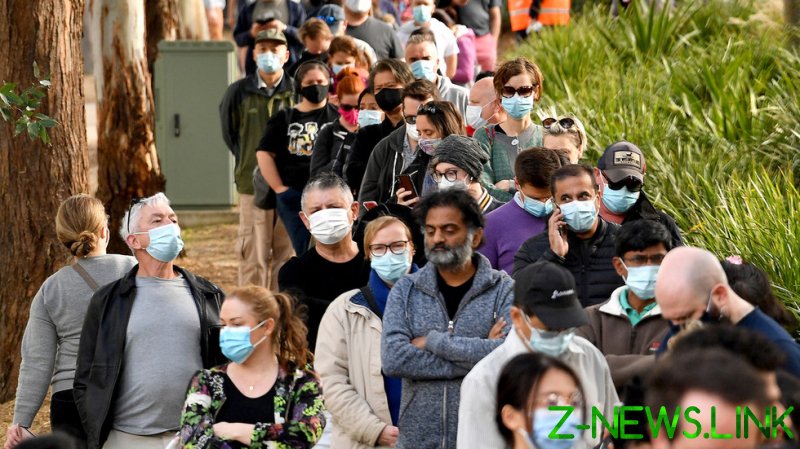 By any measure, Australia has not enjoyed the coronavirus pandemic – and that has nothing to do with the number of deaths, because at less than 1,000 for a population of 25 million, it has, in the main, escaped lightly.

Where it has really suffered is in identifying exactly what level of threat Covid-19 poses to the population and then acting accordingly. Instead of being bold, brave, and positive in its handling of the situation, Australia has shown all the spine of a bluebottle jellyfish.

The collywobbles set in at the slightest whiff of Covid. Not deaths. Not hospitalisations. But simple cases of the virus send public health officials into a spin, locking down millions, deploying the military onto the streets, and imposing needless and draconian curfews. Blind panic best sums up the Australian government’s approach.

Then there are the stern warnings from state leaders that would be hilarious if they weren’t so serious – about enjoying sunset on the beach, removing a mask to drink beer, dodging errant footballs while watching a game, and most recently, a local council deciding to shoot 15 rescue dogs rather than allow volunteers from an animal shelter to travel for their collection in case they spread the virus.

That’s the level of insanity we’re looking at.

Meanwhile, it was humans on the receiving end at a so-called ‘freedom rally’ in Melbourne, where violence between protesters and police led to officers firing rounds of pepper balls – the most powerful non-lethal force at their disposal – into the anti-lockdown crowd.

It was one sign that patience with being treated like sheep might finally have snapped among parts of the Australian public. And it’s about time. I had begun to wonder what happened to the rebellious larrikins, the famed Aussie battlers, the brave Diggers, the pioneering ‘new Australians’ who just a generation or so ago left homes and family in Italy, Greece, Vietnam and beyond to pursue their dreams in the Lucky Country.

It seemed that a subservience to the ruling class, an unhealthy respect for authority, had overwhelmed my homeland.

The whole penal colony fable is a bit exaggerated, and of course there have been generations of intermingling since the 18th century, when Australia’s first white arrivals were drawn from the ranks of Great Britain’s sheep thieves and petty criminals. The violence and harsh conditions that welcomed those newcomers to the shores of Botany Bay, however, instilled a deep loathing and mistrust of their governing class, and it is often argued that Australia’s success was built on that resentment, driving its people to prove themselves to the authorities at home – and back in Mother England – that they could more than hold their own on the world stage. That inferiority complex was the driving force that has seen us excel in literature, in music, and particularly in sport.

But it also makes the Aussies a malleable bunch at times. Authority can make us go all weak at the knees. Public awareness campaigns that might struggle for lift-off elsewhere prove wildly successful in obedient Oz.

There’s no doubt this has been employed effectively in the past. There were the anti-litter ‘Keep Australia Beautiful’, keep-fit ‘Life. Be in it’, and skin cancer prevention ‘Slip! Slop! Slap!’ campaigns of my childhood. There was the mandatory wearing of bike helmets that came into force in the early 1990s, the plain packaging for cigarettes that appeared in 2012, and even the strict limits on gun ownership under the National Firearms Agreement that followed the Port Arthur massacre which left 35 people dead in 1996.

We have long been suckers for any message whose central premise is: follow this prescriptive guidance and you will be totally free to enjoy the great outdoors (without dying from cancer, obesity, bike accident or gunshot). That explains why the heavy-handed Covid rules have faced such little resistance.

The problem public health officials are facing now, however, is that the message is no longer working. Aussies were told the ‘zero Covid’ strategy that their government was pursuing was the envy of the world. That closing all international borders and keeping everyone at home was the pathway to freedom. Just do as we say and everything will be bonzer.

But they lied. With the Delta variant on the loose, lockdowns, curfews, restrictions on movement and the rest of the usual draconian measures are coming into play once more. But the government has overplayed its hand, and a sceptical public is starting to think, “These galahs haven’t got a bloody clue!” And they’re right.

So we see unrest on the streets of Brisbane, Sydney, Perth, and Melbourne because patience has finally snapped. I say let it rip! I look forward to continuing protests, rule-breaking, tough questions, and political accountability. I look forward to heads rolling, humiliating inquiries, and heartfelt apologies from the bungling clowns in charge.

I might have to wait a few months, but hey, that’s okay… because like my fellow compatriots, I’m not going anywhere.