Fury names comeback price amid being refused entry to US 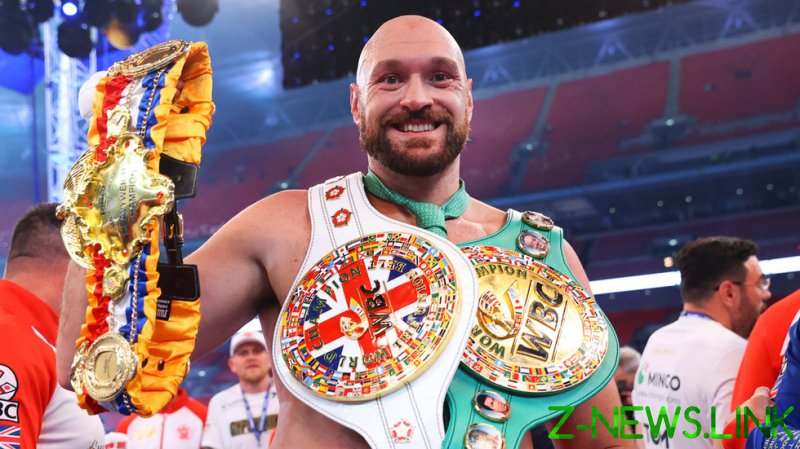 Boxing icon Tyson Fury has reeled off the lofty figure that will get him back into ring amid reports that he was prevented from boarding a flight to the US for past links to alleged Irish crime boss Daniel Kinahan.

The WBC and The Ring heavyweight champion claims to be retired after knocking out fellow Brit Dillian Whyte at Wembley as part of a promise made to his wife Paris.

Yet rumors that he could lace up gloves again are starting to fire up with a rematch between Anthony Joshua and WBA, IBF, WBO and IBO king Oleksandr Usyk set to be announced any day now.

Fury could take on the winner, but it will cost promoters a pretty penny with the ‘Gypsy King’ having named his price to The Telegraph on Saturday.

“I won everything, so a warrior can do what a warrior wants to do,” Fury bragged to the British newspaper. “But the actual man is done with fighting.” 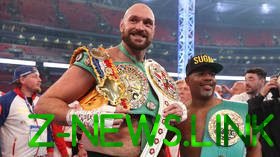 “Boxing – and professional fighting – I am so over it,” the Mancunian went on. “I’ve done everything that was asked of me, defeated every opponent I’ve ever faced and to be able to have a life after that – isn’t that amazing and a beautiful thing?” he asked.

When it was put to him how much it would take to coax Fury back to the squared single, the 33-year-old produced a flat figure of “500 million pounds” ($611.20 million).

“So if somebody wants to pay that, I’m sure there’s people out there with a lot more than that, then I’ll return. But until that day, kaput, I’m out. And if someone wants to waste half a billion, I suppose my morality will be tested,” he finished.

Fury’s comments have been published amid claims that he was allegedly refused entry to the US when trying to board a flight in the UK on Friday night.

According to Sunday World in Ireland, whose reporter Nicola Tallant has followed Daniel Kinahan’s activities closely, Fury was stopped by US immigration officials due to his former ties to the alleged crime boss.

In May, Assistant Garda Commissioner John O’Driscoll confirmed how over 600 people with links to Kinahan are now barred from entering the United States by local authorities, who are offering $5 million for information that will lead to the arrest and/or conviction of ex-MTK Global consultant firm head Kinahan and his family.

“Businesses associated with boxing in particular, and its connections with the US, are of particular focus of the US authorities,” said O’Driscoll, with former MTK Global associate Matthew Macklin stopped from covering a Las Vegas super-featherweight unification bout between Shakur Stevenson and Oscar Valdez for Sky Sports in April because of his ties to Kinahan. 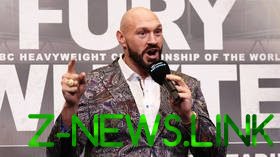 Fury is adamant that he is not involved with Kinahan and said they had “zero, absolutely zero” dealings together when probed.

Elsewhere, however, Fury’s US promoter and Top Rank head Bob Arum has claimed that he paid millions in consultancy fees to Kinhahan or, more specifically, $1 million each for four of his previous fights against Tom Schwarz, Otto Wallin and Deontay Wilder twice.