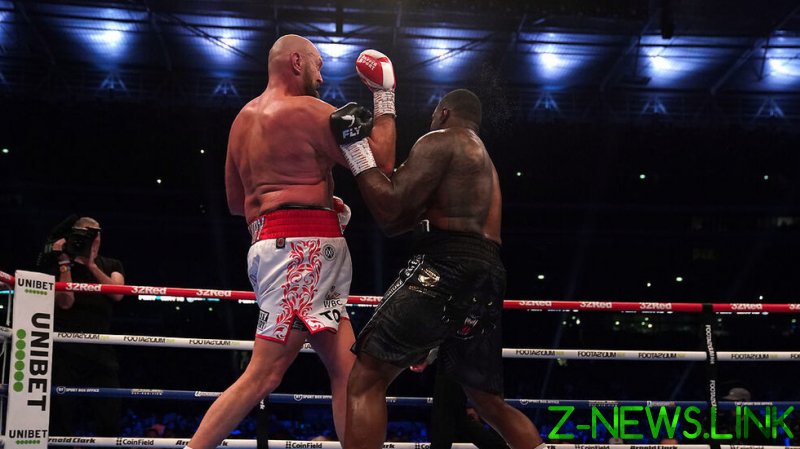 WBC world heavyweight champion Tyson Fury defended his title by knocking out Dillian Whyte at Wembley on Saturday but then left fans wanting more by appearing to retire from boxing in his post-fight interview.

In a victorious Battle of the Brits homecoming show, which was his first in the UK in almost four years, Fury controlled the action from the outset against number one contender Whyte and picked his shot with expert precision midway through the bout to send 94,000 punters wild in the country’s biggest stadium.

With both men warned by referee Mark Lyson for employing roughhouse tactics and delivering rabbit punches in the clinch, a cagey affair had the perfect ending as Fury exhibited the sweet science at its best by setting up a thundering uppercut with a jab and knocking Whyte to the deck.

As Whyte beat the count but stumbled around dazed after losing a tooth, Lyson had seen enough and called the fight in Fury’s favor as the Mancunian improved to 32-0-1.

“I’m overwhelmed with the support,” beamed Fury after. “I can’t believe that my 94,000 countrymen and women have come here tonight to see me perform. I just want to say from the bottom of my heart, thank you so much to every single person who bought a ticket here tonight or stayed up late to watch it on TV.”

Teasing retirement in the build-up, Fury also hinted that this would be his last stand in the squared circle by answering: “I think this is it,” when asked if he would ever lace up gloves again.

“I promised my lovely wife Paris that after the third fight with Deontay Wilder that would be it and I meant it,” Fury explained.

“I then got offered to fight at Wembley and I thought I owed it to the fans, to every person in the United Kingdom, to come here and fight.”

“Now it’s all done I have to be a man of my word. I think this is it, it might be the final curtain for the The Gypsy King and what a way to go out!”

Should Fury truly walk away, boxing fans will be left wanting more due to the fact he would have never faced Anthony Joshua – with negotiations for a pair of fights between the pair breaking down last year – or the London 2012 gold medalist’s successor in the division Oleksandr Usyk.

The Ukrainian possesses the WBA, IBF, WBO and IBO heavyweight titles that he took off Joshua in London last September. And while some might say that Fury’s legacy is incomplete without seeing off Usyk, it might feel like a case of “been there, done that” considering he once held all these pieces of the crown by dethroning Usyk’s compatriot Wladimir Klitschko in Dusseldorf in late 2015.

Forever giving out mixed signals, though, Fury indicated that he might not be done with combat sports after inviting UFC heavyweight champion Francis Ngannou into the ring and entertaining talk of a crossover fight in the near future.

“I want to find out who is the baddest motherf***** on the planet,” declared Ngannou, which prompted Fury to call him a “good man” before the Cameroonian vowed he would be “right back on my feet” in a couple of months while currently recovering from a knee injury.

“He’s a good looking chappie, isn’t he? Have you got a big [penis]?” asked Fury bizarrely as Ngannou shyly laughed. 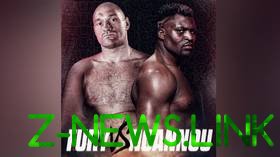 “This is going to be a very special fight like never before seen in the history of our sport,” Fury stated. “We’re not talking two light guys, [weighing] 240 pounds. He’s 270 pounds, so it’s going to be an explosive fight when it happens.”

“MMA gloves in the ring, kind of like mix-up. A little different,” he concluded.