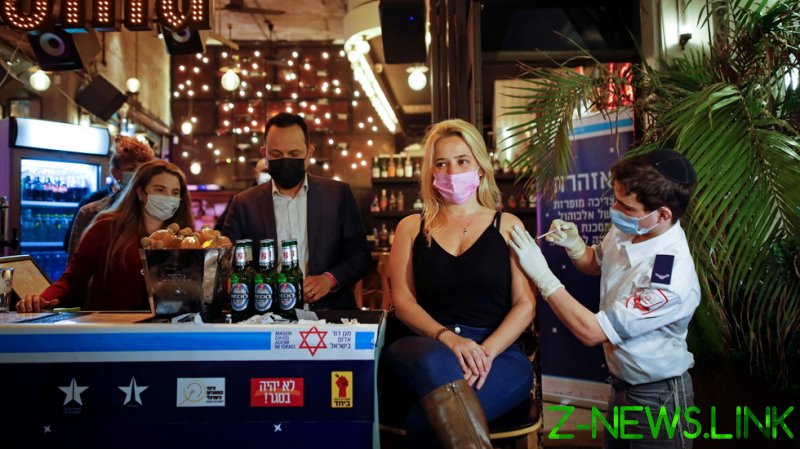 The punchline was delivered by Michael Che in the Weekly Update segment of the show, accounting for just a few seconds amid numerous dunks on Ted Cruz taking a vacation in Mexico amid the Texas power crisis. Critics say the joke was “stoking hatred against Jews by perpetuating libels.”

Taken literally, Che’s words are dead wrong, of course. Israel wants its non-Jewish residents vaccinated just as much as the Jewish ones, though there was indeed some disproportion in the rate of immunization.

By mid-January, for example, vaccines had reached 75 percent of Jewish citizens aged over 60, but just 43 percent of Arabs in the same age category, according to the Christian Science Monitor. Among the Bedouin population, the metric was as low as 20 percent.

The difference is partially explained by unequal access to healthcare – one can see why a Bedouin nomad roaming the Negev Desert could find it difficult to get to a hospital for their shot. But the progress was there, and two weeks later, almost 60 percent of elderly Israeli Arabs had received at least one vaccine dose.

Vaccine hesitancy, which is relatively more prevalent among Israeli Arabs (and among Orthodox Jews as well) has played its part too. Resistance among doubters is becoming an increasingly important factor slowing down Israel’s world-leading vaccination program. Arabs comprise roughly one-fifth of Israel’s population.

But the joke was not about Arab citizens in Israel, many defenders of the joke pointed out. It’s about Israel’s refusal to cover people living in the West Bank and Gaza, a policy that the UN calls a violation of Israel’s obligations under the international rules of war.

People there are certainly not citizens of Israel, but many aspects of their lives depend on the actions of the Israeli government. The OHCHR, the UN human rights body, in January slammed Israel for keeping Palestinians in occupied territories unvaccinated against Covid-19, contrary to its duty as an occupying power under the Geneva Conventions. Israel denies being such a power altogether, but in late January agreed to deliver 5,000 doses to the Palestinian Authority, so that it could immunize frontline medics.

The first shipment of 2,000 doses of the Moderna vaccine was sent days later, but the remaining 3,000 are still on the way. Israel also stalled the delivery of 5,000 doses of the Russian vaccine Sputnik V for weeks, after they were donated to the Palestinian Authority last month. It allowed some of them through only last week. Gaza, which is controlled by the militant movement Hamas, is not expected to get any vaccines anytime soon, with Israel keeping it under blockade.

Critics, including those based in Israel, see this as yet another example of apartheid policies that the Israeli government deploys against Palestinians. Supporters of Israel believe that using that word to describe Israel is inherently anti-Semitic and part of a ploy to deny the Jewish state the right to exist.