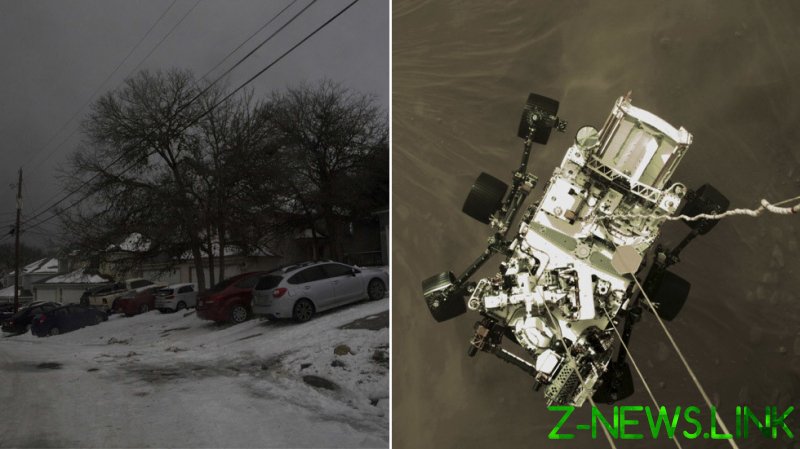 Tyson was challenged by Afshin Rattansi, the host of RT’s “Going Underground” program, to convince them that billions of US taxpayer dollars should be spent on projects like the James Webb Space Telescope or Mars exploration, considering that just recently people in Texas were literally freezing to death due to power outages amid a winter storm.

“Maybe the real answer should be that NASA should run Texas?” he responded in a half-joke. “If NASA can put a probe on Mars, they can run Texas in a way that people will not be without heat. I guarantee it.”

Asking about priorities is, of course, a legitimate and sensible line of inquiry, Tyson added. This is especially true for fundamental science like astrophysics, which offers no concrete material return on investment. He believes it is worth it.

He offered an analogy: Prehistoric people are sheltering inside a cave and telling a tribe member eager to go out and explore the outside world that he cannot do so while there are immediate cave problems.

“I try not to get into the weeds of funding priorities. Instead what I like to do is compel the electorate” with factual arguments, Tyson said. “If you really don’t want NASA – and it’s a representative democracy – OK. But I want you to vote that way from an informed platform.”

The interview was dedicated to Tyson’s latest book, “Cosmic Queries”. He spoke about how his field of scientific expertise has the “coolest names” for things, his views about billionaires shaping the society and how humans have tools to deal with a possible asteroid disaster that dinosaurs didn’t have in their time – namely big brains, opposing thumbs and space programs.