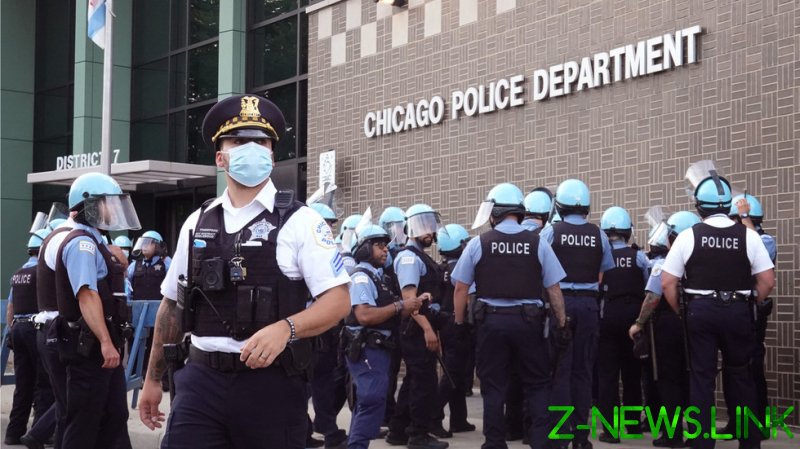 For many years, Chicago has been known more for its crime rate than its delicious pizza or its sports teams. Being someone who was originally raised in the area, it’s been heartbreaking to see my favorite city in the world recently become susceptible to crime because of bad governance. In fact, my very first comic book was inspired by the idea of whether or not it would take a superhero to make a difference. It seems like the solution is much more simple than someone in a mask.

During the month of August, Chicago saw an increase in federal assistance with local law enforcement combined with more effective use of the city’s police force. Statistics have already come back showing the difference that’s been made. The city saw a 45 percent decrease in murders from the previous month in what has been the bloodiest year that Chicago has seen in some time. Given that murder has been the city’s crime of choice this year (other crimes have seen a downward trend), this is a very substantial change.

Chicago’s police superintendent David Brown said the department’s success had been down to a change in its policing strategy in recent weeks, putting more officers onto the streets following the deaths of several young children caught up in the crossfire between rival gangs battling on the city’s south and west sides.

It’s also been helped by Operation Legend – a Trump administration program designed to put federal officials from agencies such as the FBI on the ground to help anticipate and quell violent action before it begins. This program has made at least 61 arrests in Chicago recently, with most of the detainees facing charges of narcotics trafficking, weapons trafficking, and illegal gun possession.

While there remains a lot more to do – overall, because of a surge of killings during lockdown, murders are actually up 50 percent compared to last year – it’s a move in the right direction.

No one wants to see an uptick in any sort of crime, least of all what society considers the most heinous. I very much believe that the people who are calling for the defunding of the police are so idealistic that they are simply not in touch with reality at this point. They truly believe that the jobs of police officers can be handed over to social workers and that crime will not only not increase, but be reduced.

It’s la-la land thinking. We all wish for a more peaceful world, and it’s clear that the police are a much better option for reaching that state than defunding them and giving their tasks to social workers.

Here are the facts. Derek Chauvin does not represent all of the cops no matter how much you want him to. On top of that, if you really want things to get better what you should be pushing for is for police officers to have better attitudes about ethics and accountability. You could also push for much better training and longer Police academy sessions that focus on civics and ethics as well as dealing with recognizing emergencies and medical issues. That way you’re not going to have some dolt putting his knee on the neck of someone who is dying as opposed to calling an ambulance. Tossing out the baby with the bathwater never ends well. If you remove the police from society, things only get worse.

Those who call for the defunding of police should look at the Seattle CHOP area to see how it will end up: in chaos and death. Then again, that would require having some sense of reality. No one likes a dirty cop, but we all like murder, looting and anarchy a whole hell of a lot less. Everyone should look at these statistics and think twice about the position of defunding police. If you don’t, your ability to acknowledge reality or not will be inconsequential – because those looters, murderers and rapists will be heading your way sometime soon.

Your belief in some kinda peaceful, all-live-in-harmony Utopia won’t stop blood  – including yours – from running down the sidewalk.