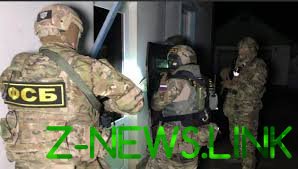 In Voronezh two “Jehovah’s Witnesses” have complained of torture

In Voronezh two members of the “Jehovah’s Witnesses” (an organization banned in Russia) has complained of torture by the police. 13 July 2020 in the Voronezh region, and has conducted more than 110 raids on the homes of believers. Some followers of religious organizations were detained.

As stated on the website “Jehovah’s Witnesses”, about torture through his lawyers said the jury because Anatoly Yagupov. On the day of their arrest choked with packages, and beaten, demanding grateful indications.

So, 44-year-old Daw started beating even during a search, and then continued the interrogation. The FSB wrung his hands behind his back and put a bag over your head, tightening until the Jackdaw couldn’t breathe. At this time he was beaten, breaking a rib. They demanded him to confess to extremism and links with the “Jehovah’s Witnesses”. Upon admission to the jail rib fracture was identified, but employees of companies in the documents, wrote that the injuries he received by household.

51-year-old Anatoly Yagupov tortured in a similar way: he wore a bag over his head and smashes the chair on which the investigators sat Voronezh.

Previously on torture told the other three detainees.

Recall that in 2017, the Supreme court recognized “Jehovah’s Witnesses” extremist organization and banned its activities in Russia. Since then, dozens of her followers became involved in criminal cases.