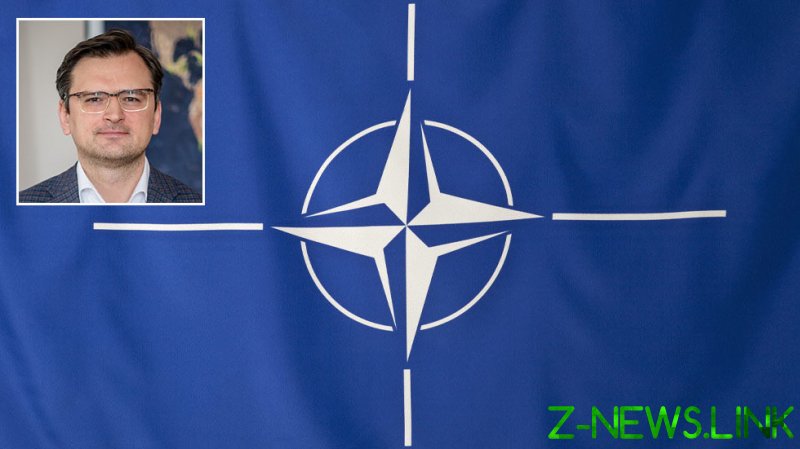 Speaking to Turkey’s Anadolu news agency in an interview published on Monday, the foreign minister said that, although the group’s leaders agreed at a summit in 2008 that Ukraine, along with Georgia, “will become members of NATO,” no progress had been made on the commitment since then.

According to Kuleba, not “a single step” had been taken to help the country gain accession to the military faction. He insisted that Kiev had embarked on a program of reforms to tackle corruption and improve its armed forces, but its efforts had so far been in vain. “How many reforms do you want?” the diplomat demanded, saying NATO should provide “a clear list” of what needed to be done.

Earlier this month, Ukrainian President Volodymyr Zelensky also expressed frustration that past promises about the potential for his country to join NATO had not been honored. He said that “very wrong things are happening” but that he still had faith that Kiev would be admitted to the US-led bloc. “I have to point out that many Ukrainians increasingly don’t believe this as strongly as they used to,” he added, given the recurring delays facing its application.

“I think that if we are welcome in NATO, if they really want to see us as a member, then it’s no use looking via binoculars into some distant future … The issue should be resolved immediately. We are in danger right now, our independence is at stake right now, and it is now that we need help,” he argued.

In April, Ulrike Demmer, the German government’s deputy spokesperson, claimed that although “NATO generally follows an open-door policy,” when it came to the issue of membership for Ukraine, “no further steps toward its membership are currently envisaged.”

READ MORE: Ukrainians who oppose NATO are ‘smart’ as they know US would use them as ‘cannon fodder’ in red line issue for Russia, says Putin

Earlier this month, Russian President Vladimir Putin cited opinion polls as showing that “at least 50% of Ukrainians do not want the country to join NATO … and these are smart people.”

“I am speaking without irony, and not because the others are stupid,” Putin added, “but those people [who support joining the bloc] don’t understand that they’re better off not being in the line of fire. They don’t want to be a bargaining chip or cannon fodder.” Membership of the military bloc for the Eastern European nation has long been seen as a ‘red line’ for Moscow.