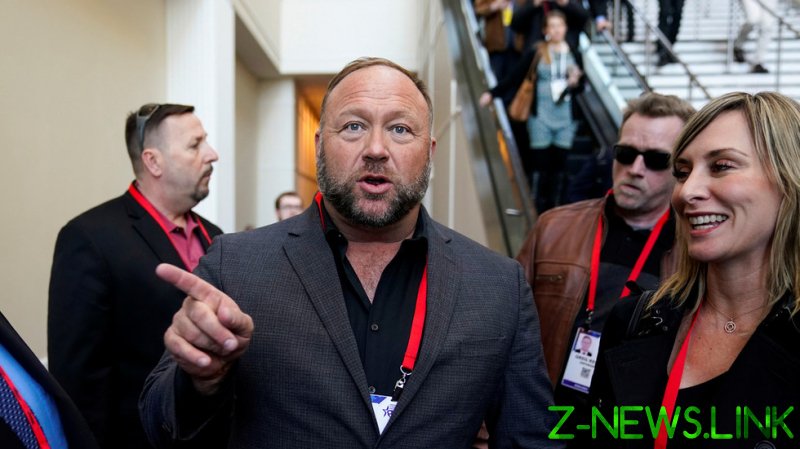 Trump promoted vaccinations to a crowd in the city of Cullman and was met with boos.

“Now, that’s OK. That’s all right. You got your freedoms,” Trump said in response. “But I happen to take the vaccine. If it doesn’t work, you’ll be the first to know. OK? I’ll call up Alabama and say, ‘Hey, you know what?’ But it is working.”

Jones was among those displeased with the former president’s latest vaccine endorsement. In a recent taping of his InfoWars show, Jones suggested Trump – once a regular guest – could be a “dumbass.”

“Shame on you, Trump. Seriously. Hey, if you don’t have the good sense to save yourself and your political career, that’s OK,” Jones said. “At least you’re going to get some good Republicans elected, and we like you.”

He went on to say that “maybe” Trump is “not that bright” and “actually a dumbass.”

Jones was one of Trump’s earliest and most vocal supporters when the reality television host and real estate mogul announced his intention to enter the world of politics. Jones has since become more critical of Trump, but remained a supporter. Both men have been banned from major social media platforms and accused of spreading misinformation.

During Jones’ broadcast covering Trump’s recent rally, he accused the former president of working towards the same goals as CNN, a network Trump regularly criticizes.

“CNN snaps their fingers. [CNN President] Jeff Zucker snaps his fingers, and Trump clicks his heels and hops up there at attention and says, ‘How high do you want me to jump, boss?’” he said.

Jones has been critical of the Covid-19 vaccines, suggesting potential booster shots as something that will become a common occurrence and claiming the vaccines were not designed to work.

Health officials have suggested booster shots will likely be needed for all available vaccines in the winter, as Covid cases continue to rise across the US and vaccine rates continue to lag in some areas.

Jones has been accused of being one of the conservative figures who instigated the January 6 Capitol riot, though reports suggest no evidence has been found of direct involvement from coordinated sources such as Jones. He was at a ‘Stop the Steal’ rally preceding the riot, and InfoWars host Owen Shroyer was charged on Friday in connection with the riot.