Fruitful investigation: Huge bust of MDMA and ecstasy announced by French police turned out to be… strawberry powder, reports say 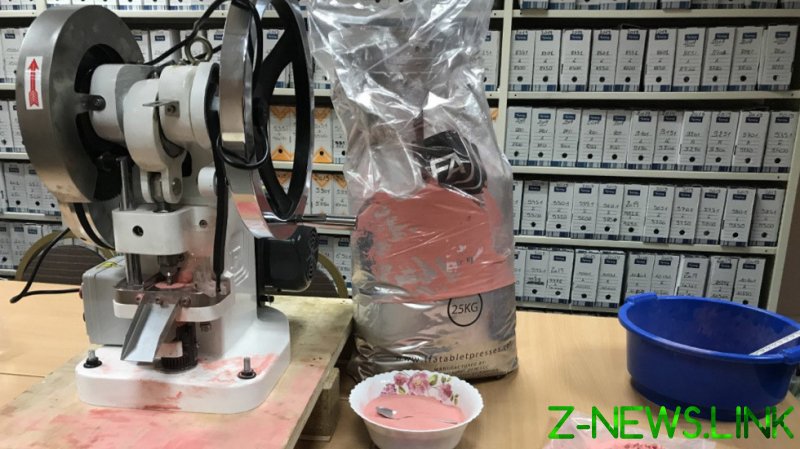 The Paris Police Prefecture earlier this week published an official tweet with photographs showing what looked like kilos of pink powder and packages of some small pink cubes. It said it had carried out a “fruitful investigation,” having uncovered a “narcotics packaging workshop (MDMA, ecstasy) which supplied clandestine parties,” in a suburb near the French capital. Goods worth €1 million had been seized, authorities said.

However, what was supposed to be synthetic drugs, reportedly turned out to be… crushed candy. Toxicological tests concluded that it was a “neutral powder, not related to narcotics or poisonous substances,” AFP reported citing the local prosecutor’s office. A source close to the enquiry told the agency police got their hands on a refined Haribo-type candy.

So far, there has been no further bittersweet comment from the French police.