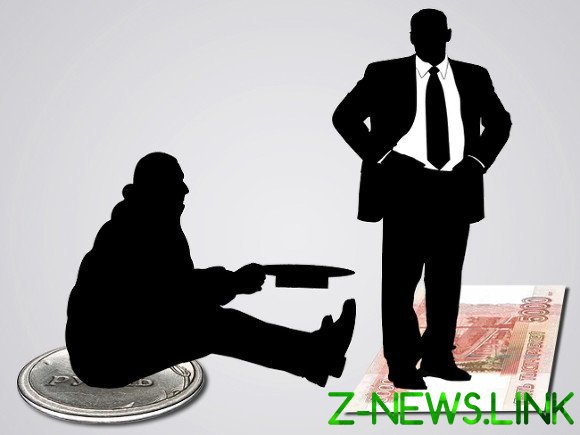 The government could boast of, in Russia, the standard of living is higher than in all former Soviet republics but the Baltic republics spoil the whole picture.

The Russian government as one of its main achievements is called raising the standard of living of the population. Say, was Putin the country, when all the potatoes were sitting, and left (thank God not the left!) with sturgeon and other marbled beef. Let’s try this “harmony” to believe algebra then there are statistics. Not only in order to prove or disprove the thesis of a properly selected rate, and to compare with data on human welfare in a fraternal and brotherly once Russia countries. What sort of successes or failures, while they are not overjoyed 20-year rule of the same leader (Belarus — the only notable exception).

Of course, the numbers are not only boring, but evil. Well, let’s say, if today the average salary in Russia is about 47 thousand rubles, i.e. $650-700 (depending on the “leap” of the ruble), and in Ukraine about $400, of course, does not mean that the average Russian lives almost twice richer than his Ukrainian neighbor. However, if you start to consider all the factors to calculate “to the penny”, then all head broke.

So, the current Russian government started in 2000 with the very “best” for themselves average pay 2,200 rubles, or $82. For the next five years it jumped almost 4 times. But, of course, the real incomes of the people grew less rapidly, given the inflation at 20%, which slowly decreased to 11-13% (and this in spite of a stable dollar exchange rate). That is, incomes increased during this period, somewhere in half, and according to many economists, continued to grow and the next five years, but then pascolini down a little, just 1-2% per year. At the same time, paradoxically, a record dollar salary has become the first half of 2014, when the average Russian has almost reached the milestone of $1000.

Another “paradox”: the real salary of the last nearly 10 years is reduced, but for some reason it can survive more and more members of the same family, now four. Maybe with the budget of a living wage is something wrong?

Well, now we compare with the former Soviet. First with those to whom “not ashamed”, and at the same time — not the most beznadezhnyh. In fact, Russia in terms of quality of life “average person”, it seems, may not be ashamed of anyone except the three Baltic republics, but they are then.

So, Russia started the Putin era with an average salary of $82. Kazakhstan was even a little better — about $100; Belarus — about $70; Azerbaijan — $50; Ukraine — $42. But then the more Ukrainians hardly lived much worse than the Russians, given the cheap products and even communal. So — everything is relative.

Again, we would point out that if you make an adjustment on the proverbial purchasing power, the leadership of the Russian Federation in terms of caring for the population will be darkened (and, for example, Kazakhstan on pensions and a few points can give), but it is still undeniable (well to compete with the “second League”). Overshadows this “holiday” is not too successful the implementation of the principle of social justice: 20 years of the coefficient of income differentiation in Russian between the richest and poorest 10% of the population has remained virtually unchanged at 14-15. But on average-all more or less.

However, the picture is changing, Russia is beginning to wrestle with “higher League”, though the lower part “of the table” — the former Soviet countries, now members of the European Union. For example, take Lithuania.

In Lithuania today the average salary is roughly $1450 — however, before deduction of taxes that are high. This is substantially more than the neighbors-Latvians, but less than in Estonia. (And life in Lithuania a little cheaper, so the Lithuanians, it turns out, today the region is the richest.) Interesting growth in just 10 years, the Lithuanians started to twice, and in 2005 was only $460 (for comparison, in Russia — $300, only one and a half times less).

However, there is one “but”. “The richest” in All Baltic countries are working Lithuanians, but to pensioners it does not apply. “Rosbalt” wrote about it. Although the Russians “minimal” to 14 thousand rubles and the average pension is 28 thousand is still an unattainable milestone, but it’s definitely “not quite”, even by Baltic standards, not that European. But to live is still possible.

Easy, like, to explain “Lithuanian miracle” through the European Union, which in recent years has reached nearly 2 billion euros per year, with a budget of about 8-9 billion was a great lifesaver. (By the way, Lithuania received more than neighbors, not only in absolute numbers but also per capita.) But the EU threatens aid cut, and then what? And now the Baltic States are counting on the planned establishment of a Fund for demography and family policy. What’s the difference — where is the money to?

“Some donor countries of the EU budget is not ready for ambitious figures. However, Lithuania is also a donor to the EU budget. We only provide Europe with no money, and labor, — said the President of the Republic of Nausea. — In recent years, Lithuania has lost 10% of its workforce, people who moved to the UK, in Germany and contributed to the economic growth in these countries. We believe that you deserve compensation for it.” Note that the loss of population since the collapse of the Soviet Union where more than 10% — almost a third of what it was. And whether to pay a Union for “labor” — until the matter.

But anyway, today Lithuania is sure to be an example of economic prosperity for the Russians. “Double” salaries and pensions by almost double, at a comparable cost of living. What they have achieved, for me, to be honest, some mystery. According to some economists, all post-Soviet Lithuania at the behest of the EU “destroyed its real economy” (although the numbers of foreign direct investment are impressive), but having 2000 or even slightly smaller GDP per capita at purchasing power parity, than Russia (Russia was $11 170, now more than $30 million), last year she surpassed on this indicator our country by about 15%. Now, if the wages she Russia so much was ahead — would have tolerated it. And then… a shame.