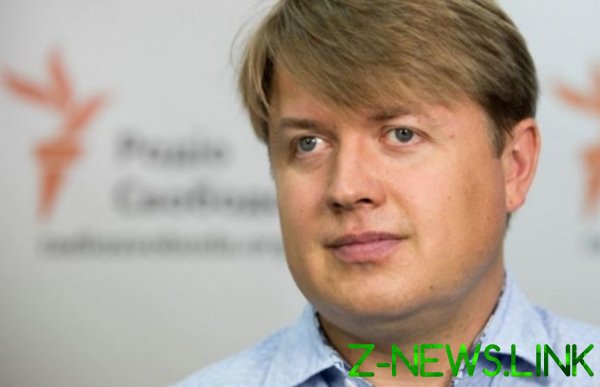 The representative Zelensky in the Cabinet said that the government is “in the dark” Akhmetov has adopted a favorable decision.

During the Cabinet meeting on Wednesday, may 22, adopted a number of decisions containing discriminatory regulations that put the public company in the worst conditions, and private energy companies get privileged position. About this on his page in Facebook said the representative of the President’s Cabinet Andrew Gerus.

He said that at the meeting on Wednesday focused on an important package of government decisions in the energy sector, including three of the CMU regarding the introduction of the new electricity market.

“Unfortunately, it was a little strange Cabinet meeting, when one package was voted on solutions that were not on the Agenda and was not even voiced with the voice. Some decisions, as it turned out, was not even in the list of issues discussed (and recorded)”, — he wrote.

According to him, some of the decisions that the environment was considered at CMU, obviously, contain discriminatory provisions that put the state-owned company in the worst of conditions, a private energy company (DTEK Rinat Akhmetov — ed.) get a privileged position.

“Unfortunately, such decisions were made in haste before the corresponding conclusion of the Antimonopoly Committee”, — wrote the representative of the President.

Some other solutions, continues Gerus, had received complaints from foreign companies that considered the possibility to invest in generating capacity in Ukraine.

“Criticism of foreign companies was to ensure that these new rules restricted competition and created the advantage of a separate local power supply companies. I think it is not best practice when the government introduces a new electricity market. I think such important decisions should go through a professional public discussion,” he said.

In his opinion, is better in this situation would be if the next government meeting was re-rendered such complex controversial issues for proper consideration and transparent decision-making.

Gerus also said that to speak at a meeting of the Cabinet of Ministers of possibility was not.

In turn, people’s Deputy of BPP Sergey Leshchenko reported that in the post Gems it was about the company of Rinat Akhmetov (DTEK — ed.). According to him, all decisions that were included in the agenda were adopted with one vote.

“Anybody will not give the word, announce the adoption of all the questions and close meeting. Lasted all of 10 minutes” — outraged the MP.

“As it turned out, before it held a secret Cabinet meeting, which took place an hour earlier. And there they (the members of the Cabinet — ed.) developed a plan to implement solutions in a crawling position Zelensky. It seems that the Cabinet at the end of his term, with the exception of several Ministers, was the tacit (and someone very active) accomplice Rinat Akhmetov”, — he concluded.

GIFTS AKHMETOV FROM Zachekanka Gerus very delicately describe what happened at today’s Cabinet. I was on this…