Home / policy / From Zelensky said about the dissolution of Parliament

From Zelensky said about the dissolution of Parliament 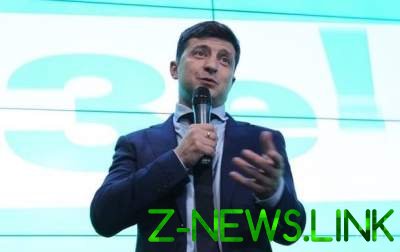 Zelensky can manage to dissolve the Rada after the inauguration.

“In the framework of the Constitution, if it is allowed, then theoretically, Yes. Especially after the events that took place in recent days related to an attempt to curtail the powers”, – he answered the question, Zelensky dissolve Parliament.

Also Razumkov told about the possible abolition of the post of President. According to him, Zelensky do not plan to cancel anything, because Ukraine needs a guarantor of the Constitution.

See also:  Drink where there is no hope

See also:  Avakov is preparing to make an emergency statement

Also Razumkov criticized the Law On the President, who proposes to adopt in Parliament Samopomich. According to him, in case of acceptance the law will limit the ability of the newly elected President to fulfill the promises that he made during the election campaign.