Home / economy / From Zelensky said about compensation for Privat

From Zelensky said about compensation for Privat 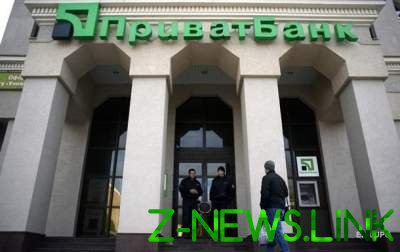 Expert on banking activities provides a scheme of netting, which Kolomoisky will have 10 milliardov hryvnia.

Victoria Strakhova, which participated in the process of nationalization of PrivatBank, and is now an expert on banking team newly elected President Vladimir Zelensky, spoke about the options compensation to the former owners of the Bank. She told about it in the program Here it’s like Alice Yurchenko and Denis Bigus.

According to her, there is the possibility of offsetting “nationalized money” ex-owners of PrivatBank and outstanding loans to their own companies, according to which Igor Kolomoisky, “may still remain due to the Bank”.

It suggests that the size of the desired compensation in $ 2 billion, Kolomoisky voiced, could be formed as a sum of two indicators – capital at the time of nationalization and the Bank’s liabilities to related parties 29.4 billion hryvnia (about $ 1.1 billion), forcibly converted by the procedure of bail-in.

See also:  The EU has revised the quota for Ukraine

“In my opinion, it is the capital of the Bank that was there is 21 billion. At the current rate is slightly less than one billion dollars. And the second question is bail-in, which took place, depositors ‘ funds were transferred. 29 billion has actually been written off. With this, a certain part can be,” said Strakhov.

However, she remembered that during nationalize Kolomoisky recognized the loans to related companies amounting to about 60 billion UAH.

Thus, as a result of “netting” the logic of the calculations Insurance companies Kolomoisky can be private about 10 billion UAH.

“We just say, “He asks 2 billion [dollars]”, but we forget that all the loans certain companies its he gave, and they are not all redeemed. Something serviced, but for the most part not serviceable. Why not make the offset? If he should – enroll” – offers insurance.

Strakhov noted that this scenario is only her own point of view.