Home / business / From the point of view of the oligarchs, Sobyanin is doing everything right 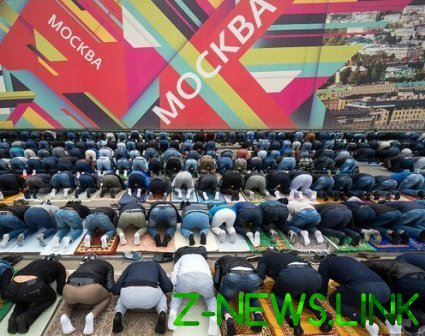 All day yesterday condemned himself to the notorious “self-isolation”. Not out of fear for health, not for fear of catching “the Chinese plague” on the street or in the store. And requests home.

And if I, by the will of the authorities have committed themselves to house arrest, the entire day reading the online responses to the second “anti-virus” speech “the man in the orange jumpsuit of American”.

And let me tell you this: guys, this is full Albats. Even after the “pension robbery” like this was not. This is not a criticism, not an expression of discontent, and the right kind of verbal “knife fights”.

And not from anonymous bloggers, and personalities and politicians is well known. In epithets and Mr. Putin, they are not shy.

Like all Saltykov-Shchedrin about one of the mayor: “he was waiting for bloodshed, and he ate Siskin”. For a month, contrary to the Constitution, all the labour codes and laws, sent people under “house arrest”, and pay them a salary needs business.

Of any such profits, ask if you’re all dispersed on houses and no of goods and services does not produce? And no national measures in the salvation of the Chinese infection.

The second object of vilification – the mayor of Moscow Sergei Sobyanin. He says, his “self-isolation”, he delivered a fatal blow to small businesses. Thousands of small businesses go bankrupt, thrown into the streets tens of thousands of employees.

And that you so amazing? Tired already tell that he is a protege of oil and gas barons ‘North’ KHMAO and YANAO.

That is a large capital, which at all times sought to destroy and devour the small. The school held? The old man Marsk wrote? At 300% profit there is no crime that would not go to the capital even under pain of the gallows.

Hence, this “night of the long buckets” – the defeat of stalls and small retail kiosks in favor of network hypermarkets. Not forgotten yet?

Hence mongrel renovation and expansion of Moscow at the expense of suburban land. All in the interests of bankers and big developers. 120 thousand rubles for 1 square meter in new buildings who is it for?

Hence the substitution of Muscovites on the cheap “Gaster” from the South.

But while Sobyanin has changed the face of Moscow…