From Kiev smashed up his apartment and threatened to commit suicide 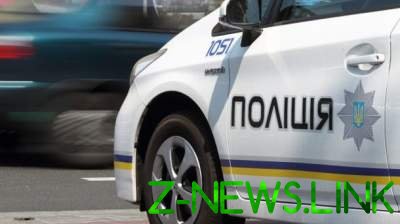 In Kyiv patrol police had to calm the drunken man who smashed up his apartment and threatened to commit suicide.

Call in one of the houses on the Avenue of Truth patrol received late in the evening. A woman reported that her drunk husband trashed the apartment, breaks and scatters the crockery and furniture, reports on the social network the Patrol police of Ukraine.

When police arrived at the scene, the man barricaded himself in a room and proceeded to break furniture and throw it. Law enforcement officers withdrew from the apartment a woman and three children, then tried to calm the brawler.

“Citizen contact with the police was not his wife and threatened the patrol with physical violence, using obscene language, and then declared that will commit suicide, according to the Department, Later arrived at the scene some more crews of the patrol. Meanwhile, the man went to the balcony and threatened to jump. The joint efforts of the patrol police managed to prevent irreversible”.

Law enforcement officers removed the man from the balcony and handed to doctors. With obvious signs of alcoholic intoxication, was admitted to a special medical facility, according to the Ministry.