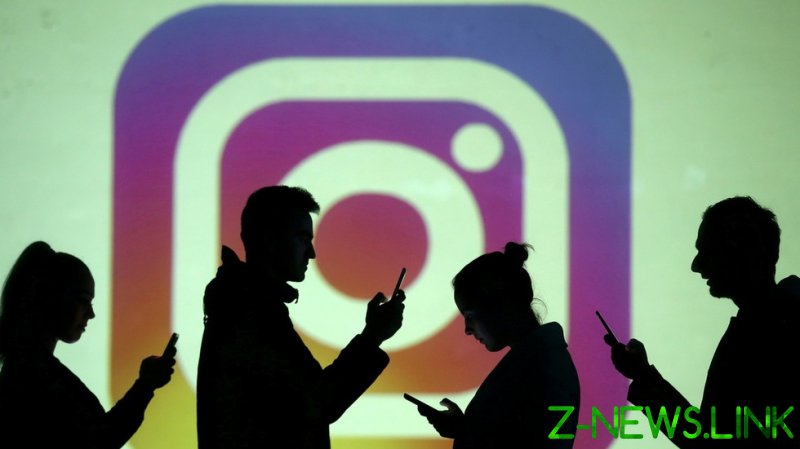 Putting aside the temporal impossibility of looking at every single post shared by one’s Instagram friends — has anyone ever made it to the bottom of the ever-refreshing scroll of posts? — the new version promises to speckle “suggested posts” throughout the user’s feed, sometimes above posts from individuals and groups the user follows, The Verge reported.

Only a “small number” of users will be subjected to this dubiously-useful gift, and the platform — perhaps anticipating a backlash — has preemptively added a “snooze” button for the random advertisements and sponsored content Instagram so desperately wants you to see.

Hitting the snooze button on these uninvited glimpses of other people’s lives will silence the feature for 30 days. However, it’s still not clear how the previous version of the feature — in which only a user with a vanishingly small number of “friends” could even scroll to the ‘end of the rainbow’ on the platform’s constantly-refreshing feed — would lead to anything other than being ignored by the lonely Instagrammer who’d just stumbled across their post.

The latest version, in which even more influencer or advertiser content could seemingly muscle its way to the front of the user’s feed seems even less desirable, with the unknown figure seen as intruding on the user’s Instagram experience and coming off – at best – a pushy narcissist.

At worst, the user seeing the stranger’s Instagram post is stricken with anxiety – do they not have “enough” friends? Weighed in Mark Zuckerberg’s great balance and found wanting, is their social life inadequate? Such a cold slap by reality will no doubt encourage the user to spend more time on Instagram to “remedy” the problem.

In the platform’s ideal world, the user never runs out of content, which is poured out at a rate just as rapid (and distracting) so as to suck up all the user’s free time, unleashing a secondary vortex of unrelated “influencer” content.

While this mysterious flood of Instagram posts is unlikely to prove popular among the impatient Instagrammers who are interested in interacting with their own friends rather than these strangers, some will certainly take the bait, eager to quell a disturbing moment of solitude by interacting with their new buddy’s cute new cat video.

But one could imagine entities who opt to work with this new feature seeing a decline in their influencer business based on sheer spite, having become second-tier advertisers driven by the base need to scrape together a few bucks.

Instagrammers have previously lamented that the content on their feeds is not displayed in chronological order, and it’s unclear why the platform would seek to further irritate its clientele by potentially making it even harder to find content their friends have posted. Being bombarded by content from strangers is unlikely to soothe their irritation.

Others, however, have embraced the notion of having their posting, thoughts, and even relationships controlled by social media, however. Tinder recently released a dating feature that would allow users to only swipe “yes” on profiles with certain interests, seemingly ensuring an even narrower range of dating possibilities — decidedly creepy, stilted and inauthentic, but lauded anyway by the Verge, which has never met an intrusive tech feature it didn’t love.

But returning to Instagram’s new “deluge your feed with someone else’s mental detritus” feature, the comments left by readers under the article may be an indication of how well people are receiving Instagram’s new “suggested posts” algorithm. However, the platform might want to keep the “undo” key sequence handy. Almost every user who responded to the post on the Verge did so negatively.

“Every social media app evolves to the point of prioritizing content you did not ask for. Not just adding it, serving it up in preference to the people you actually want to follow,” one commenter observed, marveling at how people were allowing their attention spans to be monopolized by a smartphone demanding their attention 24/7 to watch commercials and look at photos they had no interest in.

“I honestly feel the goal is to drive you away from things you actually care about and only towards what they suggest,” another wrote, as a third expressed sympathy with the Instagram founders who left after Facebook bought the company.

“It was nice while it lasted. I liked being able to see what my FRIENDS were up to,” another suggested. “Might be time to leave. Now I can see why the creators left facebook. The party is over.”

Noting that there was only a 30-day “snooze” button to mute the irritating reappearance of random content, several other users mocked the notion that the new feature was giving users any control at all, let alone more. “How is showing people things they never asked to see…and giving them no options to change it…in any way, shape, or form aligned with” the trend of giving users more control over their Instagram experience.

“I feel like they are intentionally trying to piss us off,” one person summed it up. Next step? Remove comments from the comments section entirely?