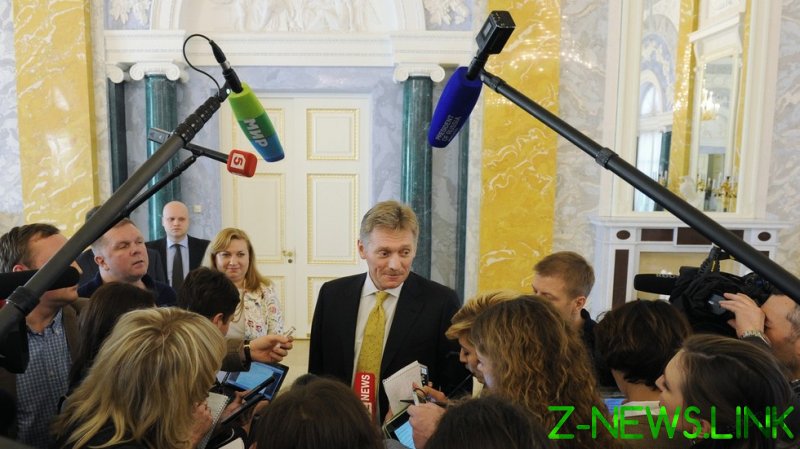 On Friday, ten separate news groups published versions of a statement addressed to Russian President Vladimir Putin and a number of top officials, decrying what they said was “the persecution of independent journalism in the country.”

While the specific claims varied from outlet to outlet, liberal newspaper Novaya Gazeta’s copy of the letter urged authorities to abandon the practice of designating outlets as ‘foreign agents,’ to prevent “fictitious” legal cases being brought against reporters, and to investigate allegations that journalists have been beaten by police at protests.

The statement comes after TV news channel Dozhd was branded as a ‘foreign agent’ by Russia’s Ministry of Justice last week. While initial reports indicated that this was tied to links to overseas funding, it has since been claimed that the station was re-broadcast materials from other foreign agents. Its editors say their finances are a matter of public record and insist they do not meet the conditions for the designation.

Commenting on the appeals, Putin’s press secretary, Dmitry Peskov, told journalists later on Friday that “we have seen this request. It is a rather emotional one – we do not agree with the wording of ‘persecution’ as we are only talking about the application of  well-known law.”

However, he added, while “we think the rhetoric isn’t entirely accurate,” the Kremlin believes that “the appeal deserves attention.” At the same time though, Peskov backed the foreign agent law, saying that “there are attempts to interfere in our internal political processes from abroad; for these purposes, NGOs, journalists and the media are often used.” According t him, “this law should be on the books, and it will continue to be.”

Putin himself has previously backed the provisions, saying that “If you get money from abroad to partake in domestic political activities – say so explicitly. He who pays the piper calls the tune, you know. And if you receive funding from abroad, there are strong reasons to believe you are taking orders from those who pay you.”

The President has argued that measures faced by Russian media such as RT and Sputnik in the US are far more restrictive. However, a number of journalists, at the Russian outlets affected have refuted this claim and believe Moscow’s regulations are far more stringent.