French voters could strike a major blow to globalism 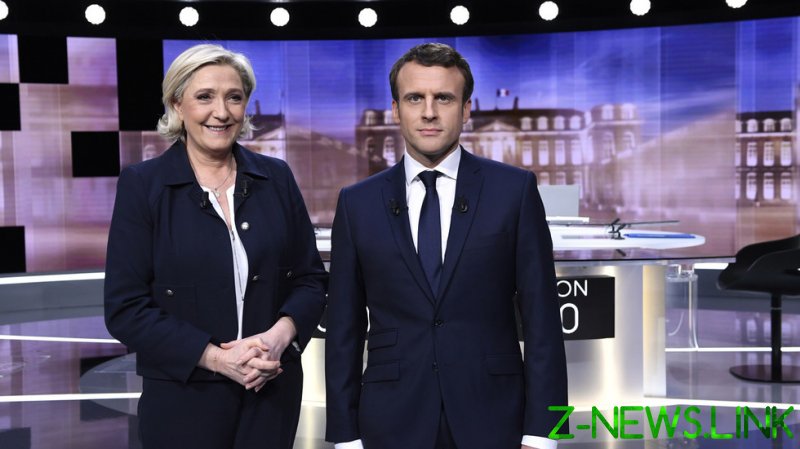 The French are headed to the polls this Sunday, April 10 for the first of two rounds in the country’s presidential election. No longer about ‘right v left’, the contest pits the establishment globalist straightjacket against true democracy and independence. The result has the potential to not just cause a political earthquake in France, but in all of Europe, dealing a major blow to the “rules-based” order of globalists. But will French voters seize the occasion?

Traditionally, voters interested in the social safety net for which Le Pen advocates typically turn instead to the far left. Meanwhile, those seeking better state protection from ever-creeping globalist exploitation have traditionally backed the establishment candidate on the more conventional right, who advocates in favor of free market and limited government while tossing a bone to far-right protectionists by nonetheless promising to reel in globalization. They never, ever do. 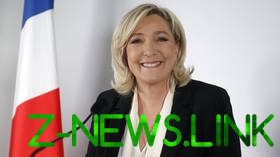 Current French President Emmanuel Macron came to power in 2017 by positioning himself as the candidate of “intelligent globalization.” Despite having served under Socialist President Francois Hollande as minister of the economy, industry and digital affairs, the fact of having left that job to prepare for his first presidential run allowed Macron to position himself as a ‘neither right nor left’, non-establishment candidate. He mounted his own party, cobbling together a coalition of establishment figures from both the right and left, which created the illusion of anti-establishment unconventionality.

Macron even told the Financial Times in April 2020 that globalization “was reaching the end of its cycle, it was undermining democracy.” Yet, when push came to shove and words became actions, he fully tied France with every multilateral initiative imaginable.

He had five years to tip the scale by taking positions for the sole benefit of French citizens, instead of blindly following US-led positions against Russia, Iran, China and other traditional American ‘foes’. Macron’s lack of leadership has undermined the ability of French industry to make bilateral decisions in its own best interests while increasing the cost of daily living for the average French citizen. Now, at the end of his term, Macron is stuck trying to convince the French that they’re better off now than before he took office.

Macron also had a choice of how to manage the Covid crisis. Unsurprisingly, once again, he chose globalism. He doubled down on measures that resulted in French workers losing their livelihood due to Covid-19 jab mandates. Advised by big-box global private consulting firms amid the sanitary crisis at a cost of billions of euro in public funds, according to a French senate report, Macron favored the approach adopted by virtually the entire Western establishment. And while we don’t know the details of these private consulting contracts or what happened behind closed doors and business confidentiality agreements, we nonetheless can attest to the end result: jab passes tied to digital identification which can be imposed anytime and anywhere at Macron’s whim under a never-ending “state of emergency.” 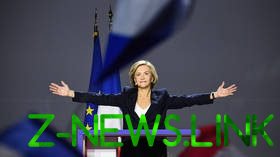 Such firms of global reach, which employ former high-level officials and represent both multinational and government clients, are in a position to set up entire government systems for the benefit of their private-sector clients at the expense of taxpayers. Imagine for example, a Big Pharma client’s jab tied to a Big Tech client’s digital ID, made mandatory within a globally harmonized taxpayer-funded system.

Under Macron, these unaccountable facilitators and benefactors of globalization firmly attached themselves to the public purse like it was an all-you-can-eat buffet.

Macron has failed to set out an independent path for France in every crisis that the country has faced. And now the French are paying a direct price for it – which would explain why some polls now show Marine Le Pen within striking distance of Macron in the second round of voting on April 24.

By digging deep into recent polling data from late March and early April, two trends inform this observation. First, the initially weak non-establishment far left (represented by Jean-Luc Melenchon of La France Insoumise) has gained considerable ground at the expense of the establishment left. Secondly, the establishment right’s support has defected significantly to Le Pen from Valerie Pecresse of the Republican Party (who once described herself as a hybrid of former German chancellor Angela Merkel and former US secretary of state and presidential candidate, Hillary Clinton). Among these traditional establishment-right supporters, Pecresse is down from a high of 44% in early March down to 29% currently, while Le Pen is up to 17% from 3% in the same timeframe, according to an Ipsos poll. 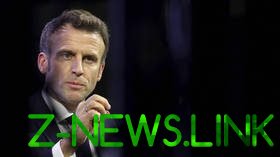 It’s telling that both Le Pen and Melenchon share a common desire to yank France out of NATO and to favor greater independence within the EU for its member states. It’s impossible to overstate the impact that a truly independent France would have on these institutions of global governance, and the momentum in these final pre-vote days suggests a shift against the establishment as French citizens start to feel the pinch of its most recent actions in their daily life.

We’re no longer in the realm of abstract ideological debate but rather confronted with an existential choice between continuing under the same “rules-based order” touted by the globalist elites, which continues to chip away at their standard of living while stoking endless conflict and chaos, or else disembarking from the masochistic rollercoaster altogether.

While Macron has had five years to learn how to say no to special interests that systemically plague Western democracies, he has failed, if not further exacerbated the problem. This election will determine whether French voters have truly had enough of the charade that has them routinely voting against their own best interests.