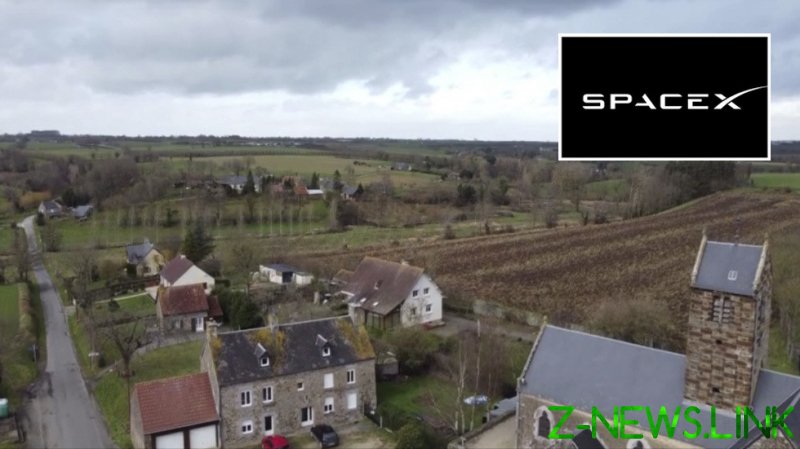 Saint-Senier-de-Beuvron is a small rural village located in the north-western French province of Normandy. Home to some 350 residents, it attracted some unexpected – and unwelcome – attention earlier this month when it got named one of three locations across the country to get a Starlink ground station.

The Starlink project, conceived by US company SpaceX, envisions the creation of a global broadband internet connection. The venture involves launching hundreds of microsatellites into the Earth’s orbit, as well as the construction of ground stations to establish a link to the satellites.

The prospect of having multiple antennas shoved right into the picturesque landscape of Saint-Senier has alarmed the community, with both local authorities and residents rallying against it.

“The project in the municipality of Saint-Senier would consist in the creation of a ground station composed of nine domes and which aims to establish a connection with satellites in low orbit,” Councillor Noemi Brault told RT’s Ruptly video agency, raising concerns about possible health implications.

Some residents have also argued that the ground station would ultimately destroy their rural lifestyle, by spoiling the view and exposing them to questionable radio waves that they believe must be researched and tested first.

“I’ve always wanted to live in nature, in the countryside, so they’d be as far away from networks and everything as possible, and at the end of the day, it’s going to be the same as in a city,” said local Pauline Coulon.

According to the media, the regional environmental adviser, Francois Dufour, who himself was born in Saint-Senier-de-Beuvron, believes “it is absolutely necessary” for locals to take collective legal action.The village’s mayor, Benoit Hamard, in his turn, thinks the US-based company must seek a building permit for the project due to its size and scale. Given the hostile sentiment in the village, it looks like Starlink may never get the green light.