French troops who warned Macron of ‘brewing civil war’ must RESIGN if they put free speech over duty, army chief of staff says 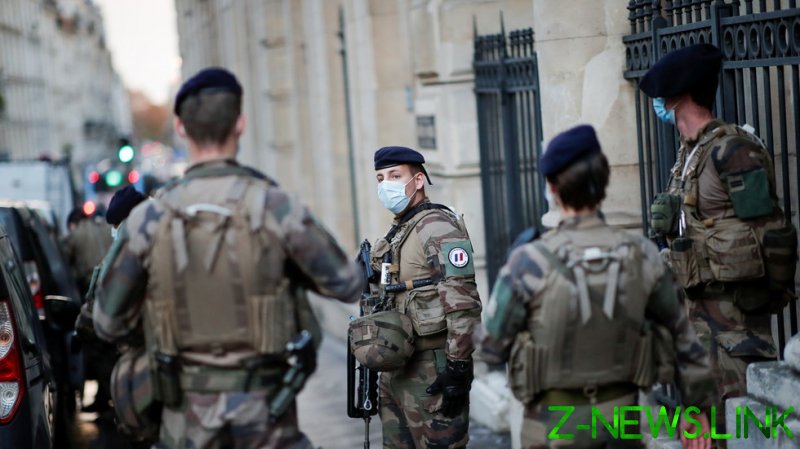 Those among the French soldiers and officers who feel the urge to make public statements about the political situation in the country can find a perfect way to defend their opinions without compromising the neutrality of the army – by resigning, said Armed Forces Chief of Staff General Francois Lecointre.

“The most reasonable thing is certainly to leave [the army] in order to be able to make one’s ideas and convictions public in a perfectly free [way],” the general said in a letter addressing officers, non-commissioned officers, active-duty soldiers, sailors and airmen as well as reservists.

His words came as a reaction to yet another open letter – a second of its kind – signed by an unidentified number of the French military personnel. Published in the conservative Valeurs Actuelles magazine last Sunday, the missive warned top French officials about a “civil war brewing” in the country and slammed the government’s response to the first such letter, signed by 25 retired generals as well as a hundred of officers and more than a thousand of soldiers.

The authors of the second letter criticized the government for making what they said were “concessions” to Islamism and risking “disintegration” of France.

“In the name of personal convictions,” these soldiers and officers involved the Armed Forces in a debate, in which the military had neither legal nor moral right to intervene, he said. Lecointre called on those who signed the letter “to demonstrate common sense” and resign, while stopping short of threatening them with any official sanctions.

The first letter, published on April 21 – on the 60th anniversary of a failed coup d’état against General Charles de Gaulle over his support of Algerian independence – caused an uproar among France’s top officials. Lecointre said at that time that 18 servicemen identified as its signatories would face a military tribunal. The chief of staff also vowed to personally write a damning letter to General Christian Piquemal – a former commander of the French Foreign Legion, who signed the first letter as well.

“I deny them all… a right to make political statements by highlighting their rank,” Lecointre added.

The second letter was also met with a harsh response from the French top officials. Interior Minister Gerard Darmanin questioned the courage of the authors, who preferred to stay anonymous, while former president Francois Hollande accused them of a “desire to challenge the very principles of the Republic.”

Defense Minister Florence Parly said that “armies are not there to campaign but to defend France.”