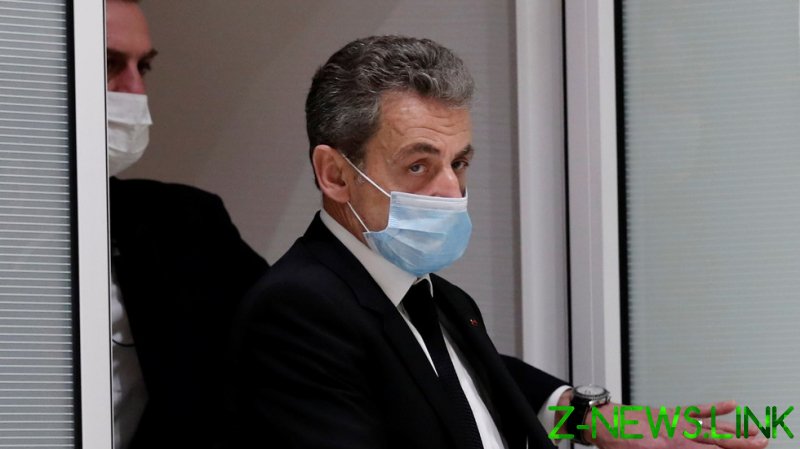 The request was made by prosecutors to the judge overseeing the case on Thursday during the ongoing trial over claims that Sarkozy spent almost double the legal limit of $27.5 million on the 2012 presidential election. He ultimately lost that election to Francois Hollande.

Authorities claim that Sarkozy’s campaign team forked out at least €43.61 million ($52 million), holding extravagant and expensive rallies, and sought to conceal the true scale of his spending. Before Thursday’s action by prosecutors, Sarkozy had been facing up to one year in prison and a fine of €3,750 ($4,471.39) if convicted.

The trial kicked off last month, with Sarkozy appearing before the Paris court for the first time on Tuesday. The 66-year-old former president has strongly denied any allegations of wrongdoing. “Did I intend to cook the books, do false invoices, was I not careful enough, was I negligent? The answer is no,” Sarkozy said ahead of his trial.

The politician’s 2012 deputy campaign manager, Jerome Lavrilleux, previously admitted to overseeing efforts to conceal funds but claimed he acted on his own, rather than on the orders of the former president.

Earlier this year, Sarkozy was sentenced to three years in prison, with two years suspended in a separate trial over charges of trying to bribe a magistrate. Given the length of his prison term, the judge ruled Sarkozy can serve his sentence under house arrest, as long as he wears an electronic tag.