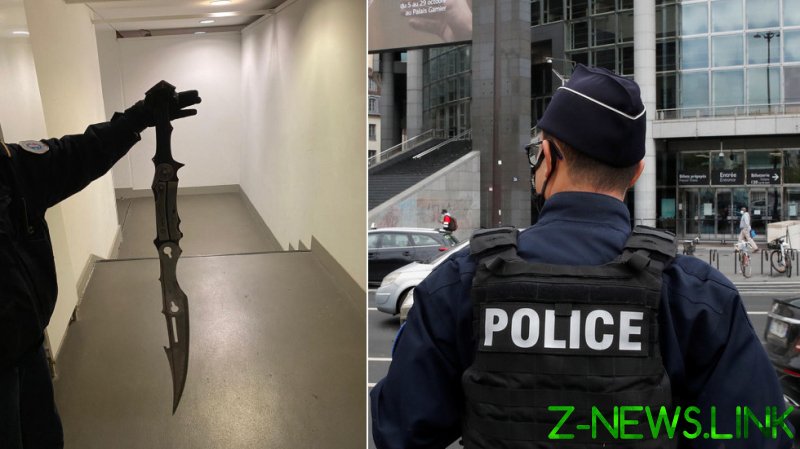 The incident took place at approximately 6:30pm local time on Saturday, January 30, when emergency services received a call about a “violent individual” who appeared to be out of his mind, engaged in a dispute with his partner.

The suspect rushed police while waving the saber, before being taken down and disarmed.

One police officer sustained deep cuts to their thigh and groin and required 10 stitches to sew up the wounds. They have been placed on administrative leave while they recover.

Some online speculated that the outrageously oversized weapon was likely a replica from the Final Fantasy series of games.

The suspect, who was reportedly drunk and under the influence of drugs, is expected to appear in court on Tuesday.