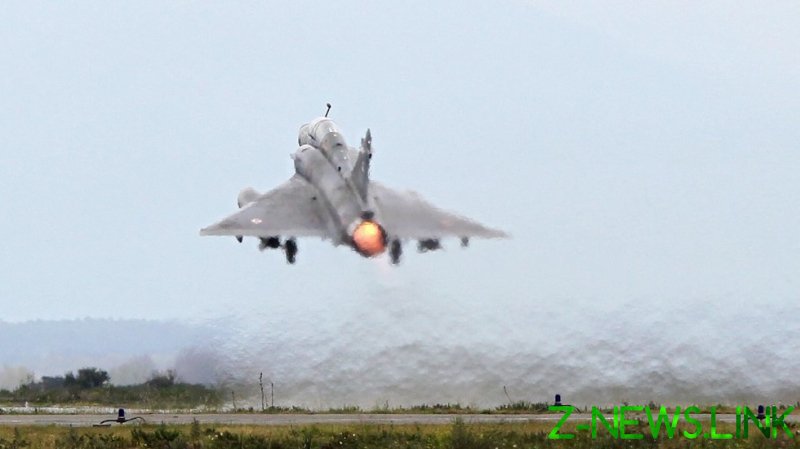 The recruit, a man in his 30s, was posted to Solenzara Air Base on the island of Corsica in 2019. Arriving on the island that March, he was given no time to enjoy the balmy Corsican spring. Instead, he claims he was treated with suspicion and hostility by his new comrades, and hours after arrival was subjected to the most hair-raising hazing ritual imaginable.

The man allegedly had his ankles, knees, and wrists taped together, and a hood slipped over his head, before he was loaded into the back of a pickup truck “like a potato sack,” according to La Provence. His captors then allegedly drove him onto a live-fire range and tied him to a post, where he remained trapped as fighter jets hammered targets around him with bullets and bombs.

After 20 minutes under the barrage, he was bundled back into the truck and brought back to base.

The details of the case were revealed by the man’s lawyers earlier this week, in a legal complaint brought in Marseille. “He was faced with a risk of death or serious injury due to his transport conditions and the intimidation he suffered on the firing range,” the complaint, first reported on by La Provence, reads. “The shots exerted by the fighter planes… could have injured him very seriously or killed him. Moreover, the simulated shots in his direction could have, because of an error, a safety oversight, become real.”

Photos shared with La Provence show the man bound and hooded in the truck bed, and tied to a vertical steel beam below a pockmarked target.

The French Ministry of Defense told La Provence that an internal investigation was launched and the airmen responsible were disciplined.

Hazing rituals are commonplace in military and law enforcement organizations worldwide, as well as US college fraternities, and the term spans everything from mild pranks to outright assault. While the pilot in Corsica underwent a horrifying ordeal, he emerged with his life, unlike a young trainee at the prestigious Saint-Cyr military academy in 2012. The recruit, Jallal Hami, drowned as he attempted to cross a swamp carrying a full load of equipment in the middle of the night, as his tormentors played Richard Wagner’s ‘Ride of the Valkyries’ over speakers.

Three of the soldiers involved were convicted of manslaughter and given suspended sentences earlier this year.