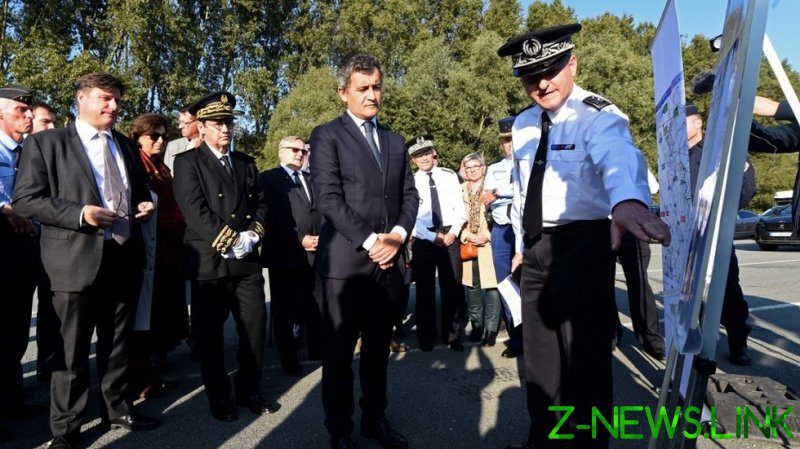 Speaking to reporters in the coastal town of Loon-Plage on Saturday, Darmanin said that “the UK has not paid one penny to us” since Home Secretary Priti Patel offered France £54 million ($73 million) in July to stem the flow of migrants across the English Channel.

The “British government has not paid, for now, what was promised,” Darmanin continued, adding “The English are people of honour, so I am certain that it is an accounting delay.”

Darmanin spoke a day after Sky News filmed multiple boat launches from the beaches of Calais, while French police officers stood by and watched. More than 17,063 people have crossed the English Channel in small boats this year, according to recently released figures from the Home Office – more than double the 8,460 who crossed last year. In September alone, 60 boats with 4,638 people on board between them successfully made the journey.

However, Darmanin insisted on Saturday that France has clamped down, stopping 65% of crossings over the last three months compared to 50% in the months before. More police have been deployed, he said, and migrant camps in and around Calais have been dismantled.

“It has been more than 20 years since France has overseen the border for our British friends,” Darmanin said. “We have succeeded in largely reducing the pressure from immigration. And what we see in Calais and Dunkirk now is nothing like what we saw five or six years ago,” he added, referring to the hordes of migrants that streamed into northern France in a bid to reach the UK at the height of the 2015 European migrant crisis.

The minister suggested that Britain also has a role to play in stemming the tide, and should “reduce its economic attractiveness for migrants who want to work in the UK.”

Patel told the Tory Party Conference this week that France “is a safe country” and she will “turn back the boats.” However, France refuses to intercept boats or take back those turned around by British authorities, and Border Force vessels operating in the channel currently ferry stranded migrants to safety in the UK.