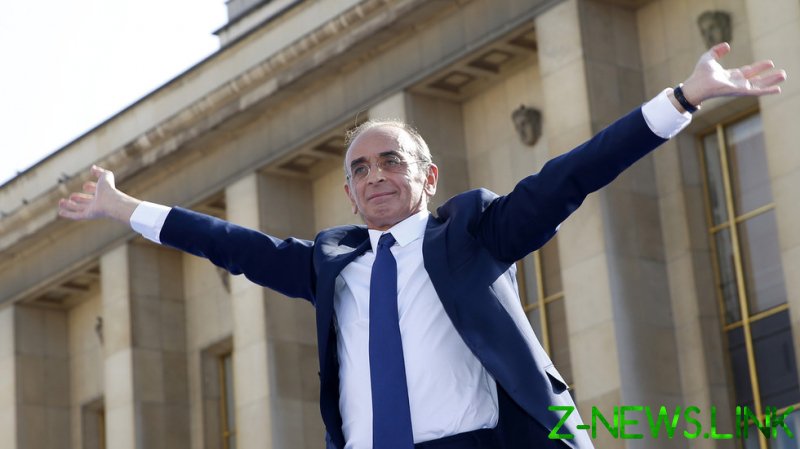 A French far right politician was ejected from a football club established by France ’98 icon Zinedine Zidane by the former player’s brother Noureddine.

On the eve of the French presidential election, anti-immigration candidate Eric Zemmour went to the Z5 five-a-side football club in Aix-en-Provence for an informal game.

Having hardly touched the ball, though, Zemmour was ordered to leave when Noureddine Zidane blew the whistle and said: “Get them out of here. All of them.”

Zemmour was accompanied by a film crew for the publicity stunt and told them: “I don’t know what’s happening, we’re playing well, it’s great”. “We’ve rented the stadium,” he added.

“We don’t have the right to play here? Well, that says everything,” Zemmour also said before leaving, claiming later to La Provence newspaper that in France “there are not only no-go areas, but no-football areas too”.

Footage of an exchange between Z5 staff and Zemmour’s team sees the politician being promised that the €160 ($176) fee paid to rent the pitch for two hours will be reimbursed. In one clip, an irate Noureddine argues with Zemmour’s associates and pushes a man.

Noureddine Zidane, whose parents were immigrants from Algeria, has reportedly defended his decision and says that Zemmour was not honest about his intentions or that he would come with a camera crew in tow.

Additionally, Noureddine Zidane also didn’t want Z5’s image associated with Zemmour who also visited a flea market north of Zidane’s hometown Marseille where he was booed for suggesting the sellers were “mostly illegal” immigrants and should be “sent back home”.

“Marseille is shattered by immigration … if we do nothing, the whole of France will be like Marseille, a city drowned by immigration and partly Islamised,” Zemmour protested to journalists.

Elsewhere in the French press, some have questioned whether Zemmour intentionally set out to be provocative by renting Z5 given its association with Marseille’s most famous son of immigrants.

“By going to a sporting complex run by the brother of Zinedine Zidane, was Eric Zemmour looking to make a buzz?” Le Parisien asked.

While Zinedine Zidane is hugely popular in France as the star player of Les Bleus’ first ever World Cup win, which came on home soil after beating Brazil in the final 3-0 where he bagged a brace, Zemmour is a divisive figure who intends to set up a ministry to remigrate and deport one million “foreigners” from the EU’s largest country.

Though Emmanuel Macron is expected to win a second five-year term at the polls in the election which begins on April 10, the current president is fearful of the far right.

“The extremist danger today is even greater than it was a few months ago, a few years ago,” Macron told supporters this weekend.

“Don’t believe the commentators or the opinion polls who say it’s impossible, unthinkable, who say ‘the election is already won and it’ll all be fine’. Look at us, look at you, five years ago. People said it was impossible. Look at Brexit and so many elections where the result seemed improbable but did actually happen,” Macron warned.

Leaving his Real Madrid post in May last year, Zidane, 49, is currently jobless after starting a highly-successful managerial career in his post-playing days that yielded three Champions League titles in a row from 2016 to 2018.