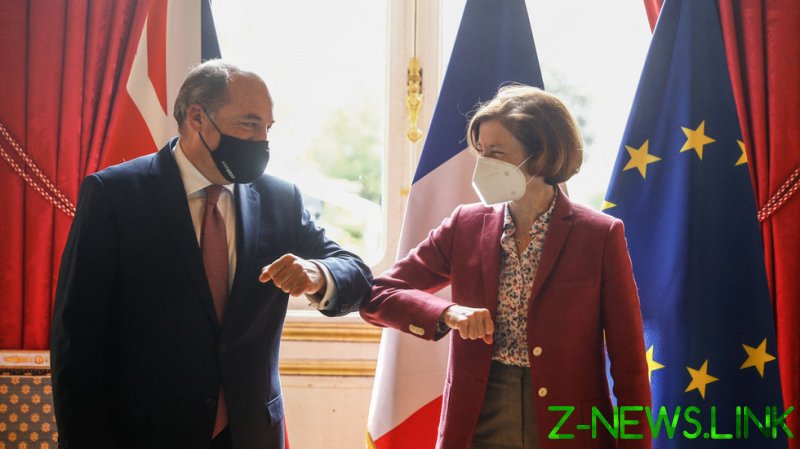 The UK defence secretary, Ben Wallace, and his French counterpart, Florence Parly, were set to address the Franco-British Council think tank conference in London this week, but the event was “postponed to a later date,” according to the NGO’s co-chair and former UK national security adviser, Peter Ricketts.

With the two-day defense summit now cancelled, Parly’s entire trip to London has become “redundant,” the Guardian reported. However, according to two Reuters sources, Parly “personally” made the decision to cancel her bilateral meeting with Wallace. The French and British defense ministries have yet to officially confirm the news.

According to the pact, announced by the US, UK and Australian leaders on Wednesday, the sides will work together to provide Canberra with a fleet of state-of-the-art nuclear-powered submarines, armed with conventional weapons. The new deal led to Australia abandoning an earlier $66 billion contract with France for diesel-electric submarines, causing outrage in Paris, which labelled it a “stab in the back.”

In response to this “betrayal,” Paris immediately recalled its ambassadors to Canberra and Washington for consultations – but London only got a verbal lashing thus far. Foreign Minister Jean-Yves Le Drian said there was no need to recall the envoy, because “opportunistic” London was acting as a “third wheel” anyways, while Washington was obviously pulling the strings.

Meanwhile, French President Emannuel Macron and US President Joe Biden have yet to even have a conversation about the deal and the ensuing tension, with their phone call expected to take place sometime this week. The future of NATO might be at stake, Le Drian previously noted, as the bloc must take account and be involved in the crisis between the allies.