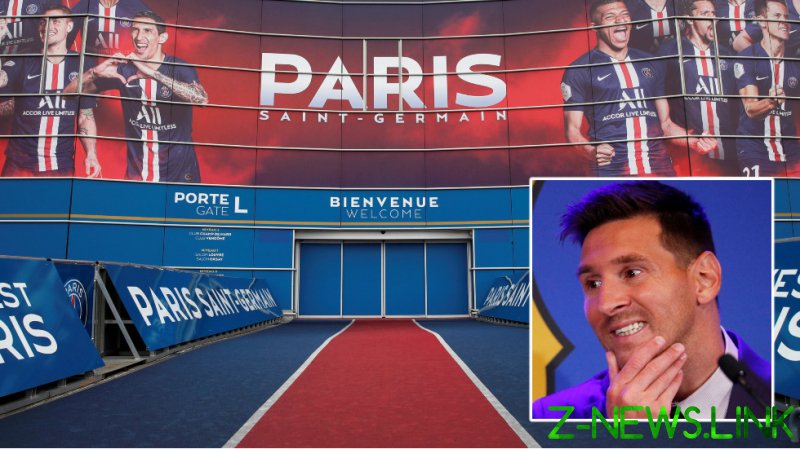 Reports online indicate that PSG expect to formalize the capture of the six-time Ballon d’Or winner after offering Messi a two-year, tax free deal worth around $29.5 million per season.

The deal is also understood to include a sign-on fee also worth an additional $29.5 million, along with an option for a third season at the same price.

Messi’s impending move comes hours after a tearful press conference in Barcelona where the club’s greatest ever player declared that he didn’t want to leave his boyhood club this summer despite agitating for a move a year ago, but the hands of both the player and the club have been forced due to LaLiga rules which prohibited Messi’s registration with the Catalan giants due to rules imposed on the club because of their less-than-healthy financial status.

Messi is also said to have made direct contact with PSG boss Mauricio Pochettino, who is also Argentinian, to discuss his plans for the upcoming season.

The transfer, if and when it becomes a reality, will be a significant boost to Paris Saint-Germain, who are still smarting after losing out to rivals Lille in the Ligue 1 race last season – while also forming one of the world’s most fearsome attacking tridents in the shape of Messi, Neymar and Kylian Mbappe.

Reports from English media suggest that two other clubs have expressed serious interest in signing Messi, but it is widely expected that the Albiceleste great will sign on the dotted line with the Parisian club once all of the relevant terms are finalized.

Speaking at Sunday’s emotional press conference, Messi refused to be drawn into speculation that Paris would be his next destination but did admit that it was a “possibility“.

“That is one possibility, to reach those heights,” he said.

“I’ve got nothing confirmed with anybody. I had a lot of calls, a lot of interested clubs. At the moment, nothing is closed, but we are talking about a lot of things.

“This year, my family and I were convinced we were going to stay at home – that’s what we all wanted more than anything,” he added.

“We’d always made this our own, we were at home. We thought we would be staying here in Barcelona. But today we have to say goodbye to all of this.”

For fans in Paris, Messi’s Barca au revoir looks set to be giving way to one hell of a bonjour.