Freedom’s now a dirty word, safety trumps liberty, & we can’t have civilised debates: 6 ways that Covid has changed us entirely 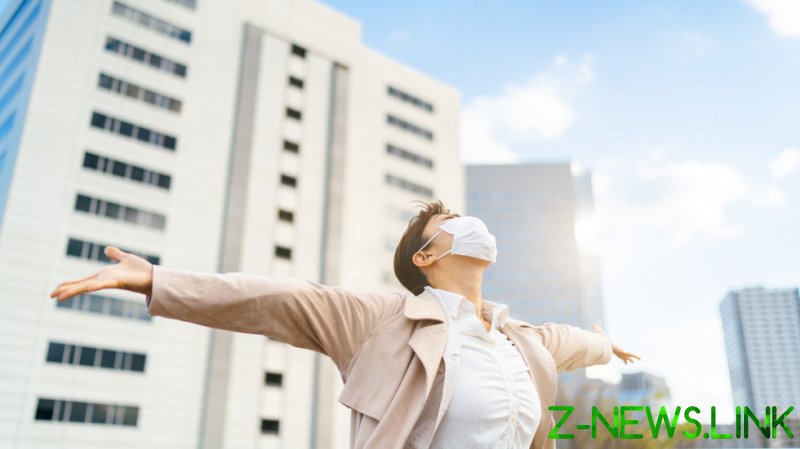 In my 50-odd years on the planet, the hopeful greeting ‘Happy New Year!’ will never mean so much as it will when the bells chime at midnight on December 31. For billions of people, 2020 was a depressing and sometimes dangerous year that won’t be missed.

According to the Johns Hopkins Covid-19 dashboard, there have been 1.7 million deaths from the disease to date. That’s a small proportion of the estimated 58 million deaths so far this year from all causes, but the threat of the virus and the damage done by lockdowns has been enormous.

As the year comes to an end, what lessons can we learn from the pandemic? In many ways, this year has brought to the fore a host of trends. Sadly, most are negative, but there are a few silver linings, too.

Health has become an overriding concern in recent decades. We are endlessly told to eat less and move more, and lectured on our bad habits, whether it is smoking, drinking alcohol or consuming sugar. In an era when our bodies seem like the one thing we can control in a world of uncertainty, sustaining health and extending our personal lifespan has become the top priority.

More broadly, fear has become central to our lives. We have been told about one existential threat after another, most particularly about climate change. Greta Thunberg is not alone in thinking we’re screwing up the planet and putting the future of humanity itself in danger. Extinction Rebellion are usually criticised for their bizarre and annoying tactics, but rarely for the claim that we face ‘extinction’.

Into this environment, a pandemic disease has been like a bomb, blowing apart society. All sense of perspective seems to have gone out of the window in favour of tackling one problem. Moreover, all that past scaremongering left us ill-prepared when a genuine problem came along.

Freedom is no longer assumed to be a good thing

For centuries, people have risked their lives in order to secure freedom, whether it is through political protests and activism or by fighting wars. The ability to choose for ourselves how to live our lives, and to debate openly about how society should move forward, has been regarded as the greatest prize of all. That ability to live and think freely has made us much wealthier over the past 200 years or so, too, freeing us from the constraints that nature imposes upon us.

But there have always been people who are sceptical of freedom, who believe they know best how society should be organised and will impose that opinion on us, often with the claim that it is for our own good. That authoritarianism has come to the fore in 2020. Almost every long-cherished freedom has been called into question: Free movement, freedom of speech and protest, freedom to work and earn a living, all for the sake of preventing one disease from spreading.

Public debate is in a poor state of health

The capacity of any one individual to understand the world fully is limited. In order to get a handle on the way things are, we need to share ideas and try to reach an agreement on how to move forward. But it seems that increasingly we refuse to engage. As social media demonstrates too often, people who hold a different point of view are not simply treated as wrong, but as evil beings who require cancelling. For many commentators and activists, it is impossible to think differently in good faith. To express a different opinion means you must be either an idiot, a bad person, or willing to be bribed to broadcast the vile ideas of others.

This has been going on for years over a variety of ‘culture wars’ issues. But it was also expressed in relation to discussion of how we respond to the pandemic. How should we respond to this horrible moral dilemma where we need to balance the goal of minimising deaths with sustaining jobs, schooling, personal freedom and much more? There are no easy answers, yet the debate has often been abusive and one-sided.

The mainstream media are pretty useless

There have been endless press conferences over the past year that would have given the UK’s highest profile journalists the chance to interrogate politicians about the unprecedented restrictions imposed on our lives. Yet journalists have almost invariably played the role of docile supporters. Rather than asking politicians to justify our loss of freedom, they have asked why we weren’t locked down even harder and even sooner.

As such, the media have not been neutral – they have added to the pressure on politicians to clamp down on our lives and left the public with a one-sided view of the best way forward. If there is cause for optimism, it is that many people are looking around even more for alternative news sources.

There is no such thing as ‘The Science’…

One good thing about the past year is that it has disabused people of the notion that there is one set of correct answers to problems we can call ‘The Science’, and an elite who can hand down these answers to us, called ‘Scientists’. As TV presenter and physics professor Brian Cox told BBC interviewer Andrew Marr in April, at a time when scientists were facing criticism over the pandemic: “There’s no such thing as The Science, which is a key lesson. If you hear a politician say ‘we’re following The Science’, then what that means is they don’t really understand what science is. There isn’t such a thing as The Science. Science is a mindset.”

That is entirely correct. Science is about the constant challenging of assumptions and received wisdom through looking for weaknesses in existing theories and testing hypotheses about how those theories could be improved or even overthrown. But that has been undermined by the attitude of many scientists, politicians and campaigners in recent years, particularly about climate change (and notably by the hypocritical Professor Cox). The message to critics of mainstream policy has been “This is the science, now shut the f**k up.” If that arrogant attitude took a dent in 2020, that’s great news.

…But science itself still surprises us

There have been numerous ways in which science has been at its best in 2020. Our ability to accumulate and analyse data is one. The rapid development of what appear to be multiple safe and effective vaccines is another, as is the ability to manufacture them at scale. We now have the ability to sequence the genome of virus samples quickly and identify when we see changes, as has happened with the so-called ‘mutant strain’ of the virus now becoming dominant in the south-east of England. (What politicians do with this information is another problem.)

We’ve learned that dexamethasone, a cheap steroid drug used to treat skin conditions and auto-immune diseases like lupus, can also save the lives of a significant minority of seriously ill Covid-19 patients. And through much more small-scale, trial-and-error testing and the sharing of experiences, we’ve learned other ways to improve the treatment of patients.

And what would we have done without all the earlier developments of science that have been turned into useful products and services, particularly the internet and the web, smartphones, data storage services and much more? Without them, this pandemic would have been an even more horrible and isolating experience.