Home / WORLD / Freedom in sight? Judge orders Belgian government to scrap lockdown… and a barrage of Covid court cases is sure to follow

Freedom in sight? Judge orders Belgian government to scrap lockdown… and a barrage of Covid court cases is sure to follow 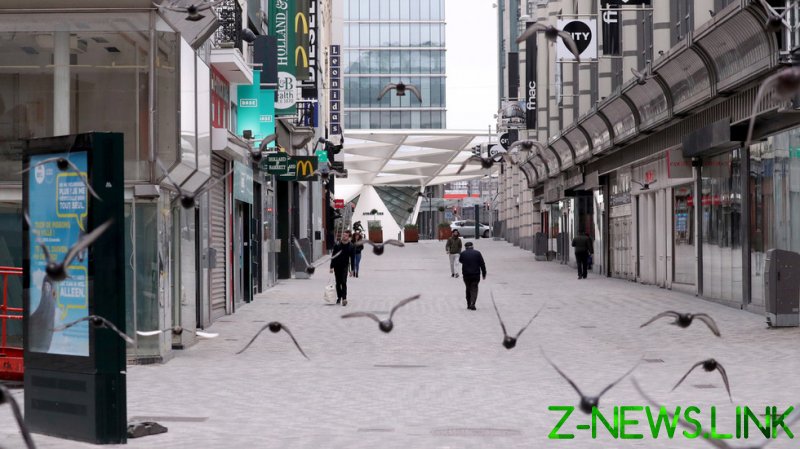 In Melbourne, Australia, the residents of a public housing tower block have filed a class action in court against their government over being shut inside during lockdown. Meanwhile, in Spain, the regional authorities of Madrid have overturned the national restrictions enforced on them last October using a legal challenge.

But topping both those efforts, a court in Brussels has demanded the Belgian government lift all lockdown measures within 30 days or face a €5,000-a-day fine for every breach of the order.

While this action was taken by human rights activists on behalf of 11.5 million Belgians, the lockdown-weary and put-upon citizens of nations across the globe will feel cheered by this singularly rare victory.

And it’s not just rare because similar attempts elsewhere have withered on the vine, but because, in terminally divided Belgium, this was a combined effort by those of the Flemish Human Rights League (Liga voor Mensenrechten) and their French-speaking counterparts (Ligue des Droits Humains).

So, it’s gefeliciteerd! Or félicitations! Whichever you prefer.

The problem, as far as both leagues were concerned, was a lack of accountability, transparency and democracy. Fundamental sorta things.

Like many other nations, the Belgian authorities have dispensed with the hassle of seeking parliamentary approval before implementing shut-ins, quarantines and bans by fast-tracking decisions using ministerial decrees, invoked under the ‘exceptional circumstances’ defence provided by the country’s civil safety legislation.

Launching the challenge in February, president of the Ligue, Olivia Venet said, “This concentration of power in the hands of the executive, without any parliamentary control, is no longer acceptable.” The Brussels court agreed with her. Game over.

It is a big result among a flurry of smaller challenges over various aspects of lockdown, and the way our leaders have dealt with keeping infection rates and the body count down. Courts around the world have been asked to decide over the right to hold Catholic mass, the need for hotel quarantines, whether travel bans are legal and even the need to serve food alongside alcohol – which led to a hotly contested debate in the UK over how many Scotch eggs comprised a ‘substantial meal’.

While governments across the world face this continual barrage of legal challenges over lockdown measures, the time will pass and the arguments will fade away as belonging to another time.

But as moves in Italy show, there is another, far greater problem on the horizon. A group of 500 families of coronavirus victims from the northern region of Lombardy – the nation’s Covid Ground Zero – are taking legal action against local and national governments over a series of omissions, mistakes and delays during the first wave of the pandemic.

Each family is looking for financial compensation of around €270,000, making a total of more than €100 million, which should perturb Prime Minister Mario Draghi.

This is the sort of legal nightmare that should have leaders like Boris Johnson, Emmanuel Macron and Angela Merkel sweating in their bedsheets, as their citizens – soon to be voters in France and Germany – pause once out the other side of the pandemic and reflect on the calamitous handling of the Covid-19 outbreak, and the management of lockdowns and vaccination programmes.

For some national leaders, it’s not a dispassionate judge scrutinising their incompetence that they fear. It’s the electoral decisions of their fellow countrymen that will be enacted at the ballot box. Hopefully, that will keep them awake at night.